Hyundai Construction Equipment and Hyundai-Doosan Infracore will continue to operate under their own management systems, competing as sister companies within the global equipment market....
Read more
From Germany

Autodienst Eineder has taken delivery of a new Liebherr LTM 1250-5.1 mobile crane. It will replace an older 220 tonne crane in the Bavarian...
Read more
Construction Equipment

PALFINGER Strenghten Its Position by Expanding in the Rhine-Ruhr Region

Palfinger signed the contract for the acquisition of TSK Kran und Wechselsysteme GmbH and TSR Lacktechnik GmbH on November 19, 2021. Participation in its...
Read more

Reinforced concrete sub- and superstructure specialist MR Concrete has commissioned the world’s first Potain MRH 175 on a job site. With a maximum capacity of 10 t, the MRH 175 is the largest of a new generation of hydraulic luffing jib cranes launched at Bauma 2019.

MR Concrete purchased the Potain MRH 175 through Irish dealer Irlequip, based in Moate, Co. Westmeath, who will service it with support from Manitowoc UK. MR Concrete has been an Irlequip customer for over 16 years.

“We appreciate the opportunity to launch the MRH 175 and must acknowledge the confidence MR Concrete placed in us when awarding the order in Munich last year,”

“Mutual trust, good support, and fair play are what our relationship with MR Concrete is all about.”

The best of both worlds
The MRH range combines the advantages of an MR luffing jib with an MDT topless model, making the cranes straightforward to assemble on urban, high-rise construction or other job sites where space is limited.

“MR Concrete needed a hydraulic luffer to allow it to operate in tight and congested sites with a minimum out of service radius, which made the MRH 175 an ideal choice,” 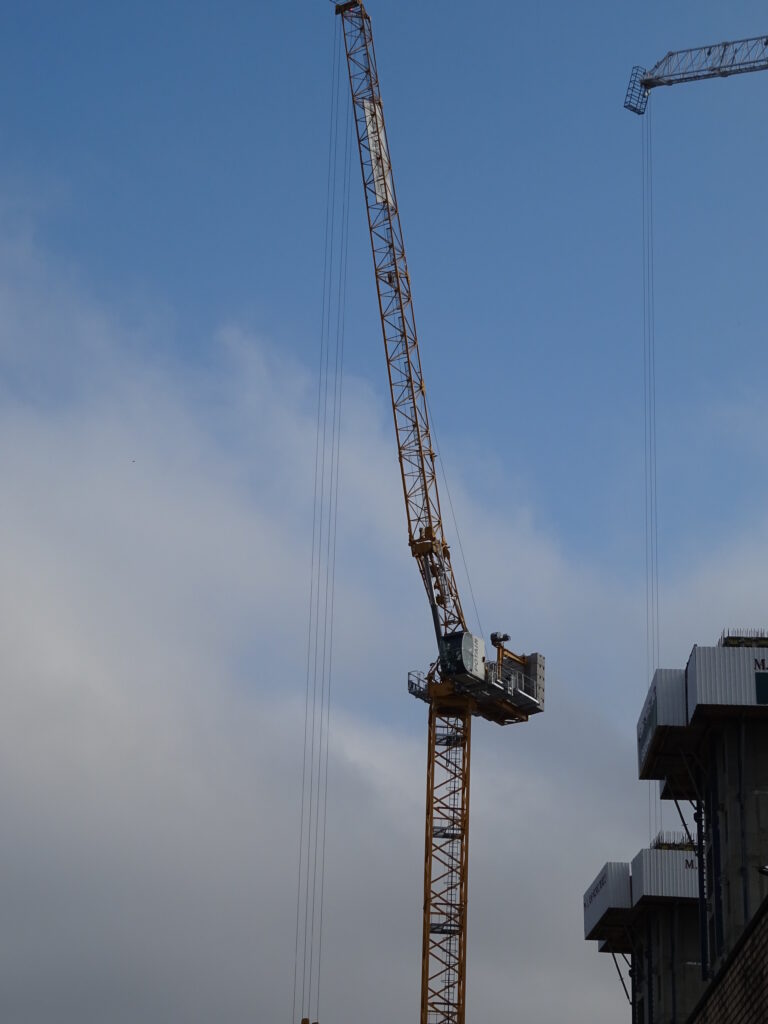 Luffing the crane from horizontal to vertical is efficient, taking less than two minutes, delivering optimum productivity on the job site. The maximum line speed is 215 m per minute when working with the high-performance 75HPL25 hoist.

In addition, the MRH 175 is compact to transport, needing only four standard containers. The elements weigh under 7.7 t and there is a single jib/jib foot package.

MR Concrete’s first job for the MRH 175 is lifting the concrete frame, cores, floors, columns, and stairs for an 18-story block of 324 flats at Buchanan Wharf in Glasgow, Scotland.

“We were very impressed with the erection and the speed of the crane in service – it’s quick and efficient,”

“It performs well and does everything we want it to do, operating much quicker than some other luffers.”

Although based in Buncranna, Co. Donegal, Ireland, MR Concrete operates throughout the United Kingdom and the Republic of Ireland, where job sites are becoming more confined.

“We believe the new Potain hydraulic luffing topless cranes will have a very bright future in our industry and are looking forward to seeing the strong return on investment the MRH 175 will deliver for MR Concrete,”