Since the Cat 794 AC electric drive truck debuted at MINExpo 2016, the global fleet has logged more than 780,000 hours of field operation, averaging physical availability of 90%. In 2021, the Cat 794 AC returns to MINExpo, as the latest autonomous mining truck equipped with Cat MineStar Command for hauling, an autonomous hauling solution. The 794 AC is the first electric drive model to join the expanding Command for autonomous haulage fleet, which includes the Cat 789D, 793D, 793F and 797F models. 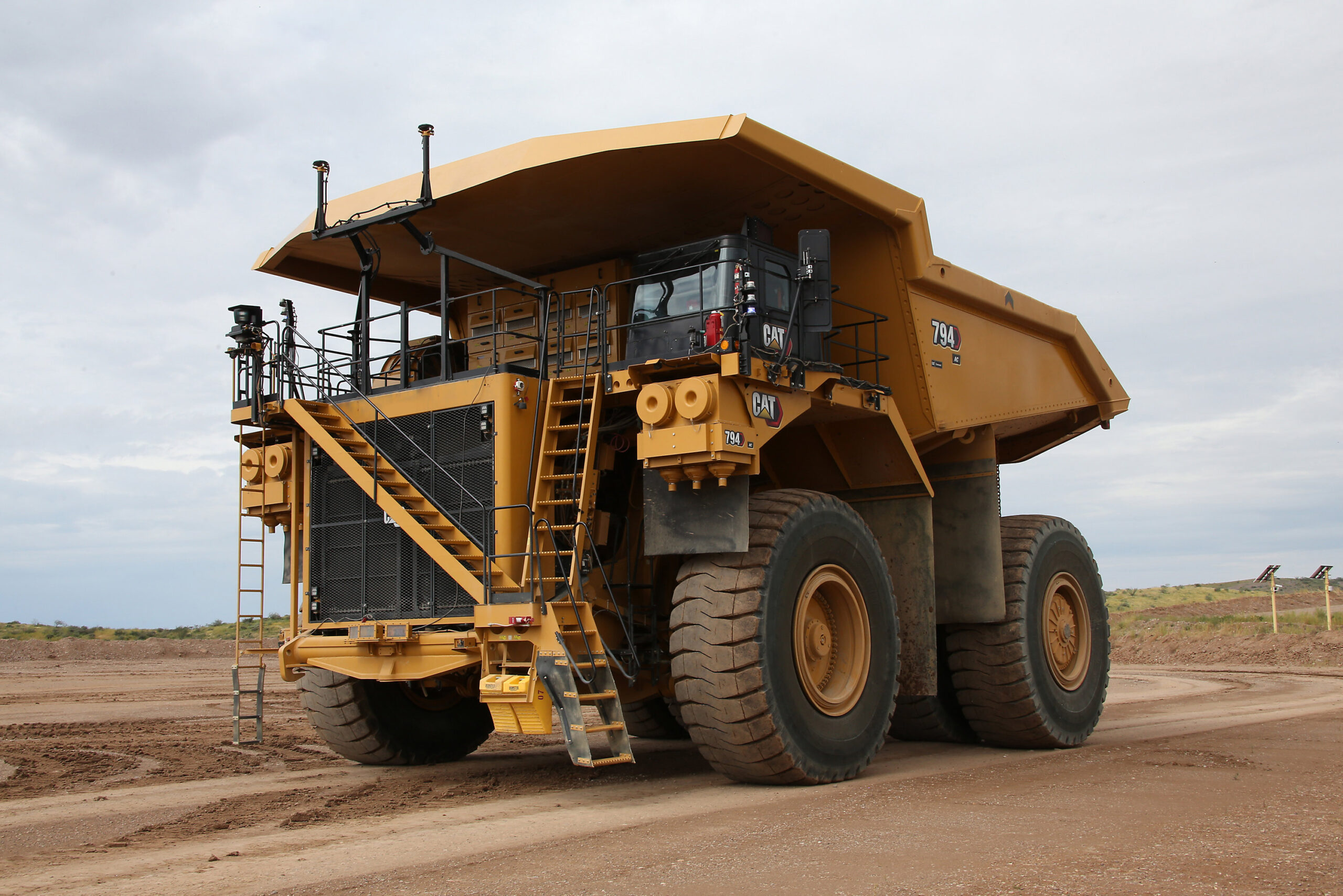 Autonomy is rapidly emerging in the mining industry as essential for improving safety and productivity and lowering cost. The 794 AC, equipped with Command for hauling, enables total autonomous operating of the mining trucks, interaction with other equipment, and integration with customer mining processes and systems, all managed by MineStar. 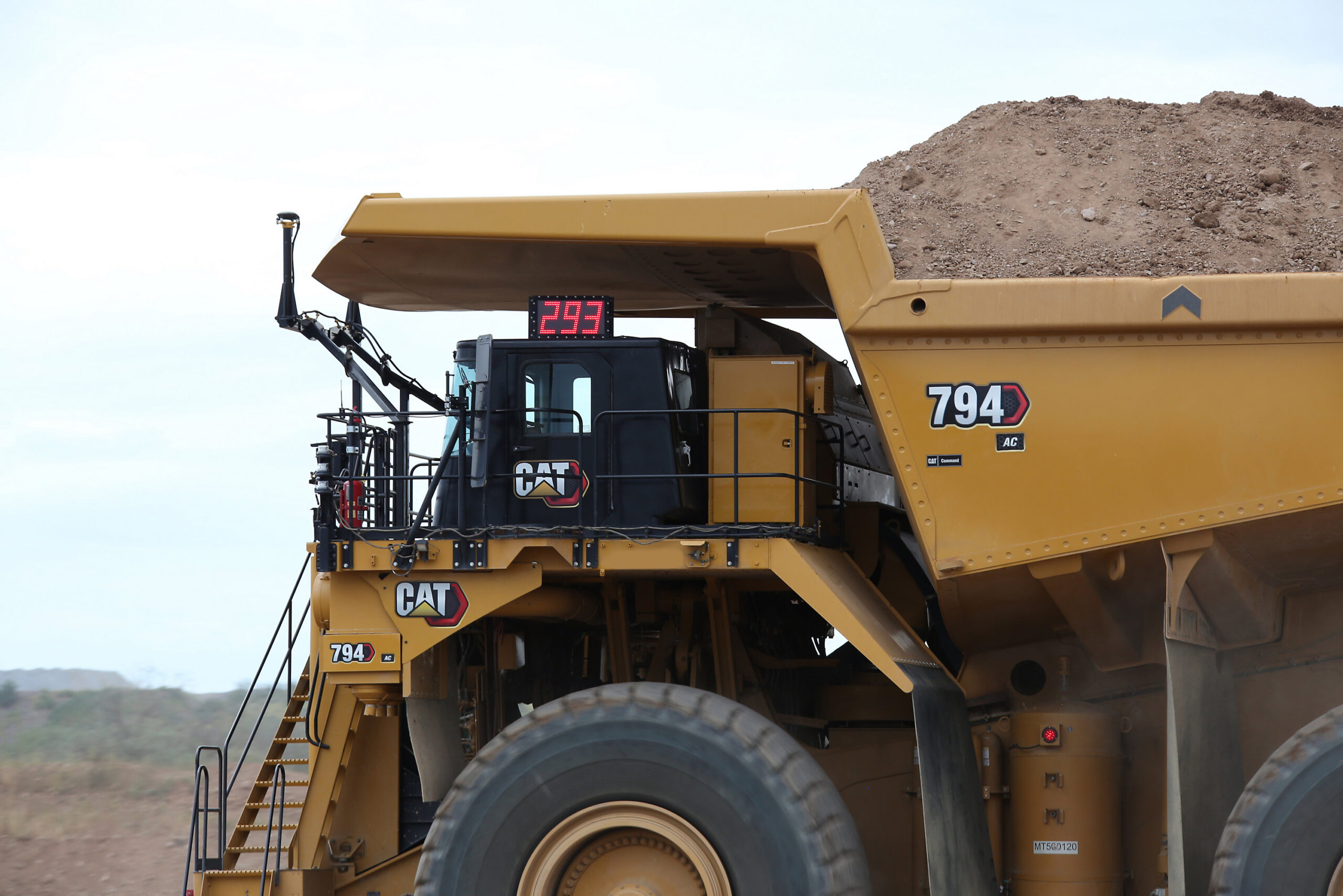 A Caterpillar designed technology, Command for hauling is a complete system integration offered from the factory. The software, systems, individual components and engine of the 794 AC are designed and supplied by Caterpillar and supported by the Cat dealer network. This integration ensures that the entire truck from body to bumper and engine to electronics can be fully optimized to deliver the lowest cost per ton.

At the Quellaveco copper mine operated by Anglo American in the Moquequa Region of southern Peru, sixteen 794 AC trucks have been deployed and will reach a total of 27 trucks by 2022. As a new greenfield mine, they saw the value and flexibility in using the 794 AC in both modes of operation: operator-driven and fully autonomous. Pre-mining activities began earlier this year, with both operator-driven and autonomous trucks being utilized from the start. 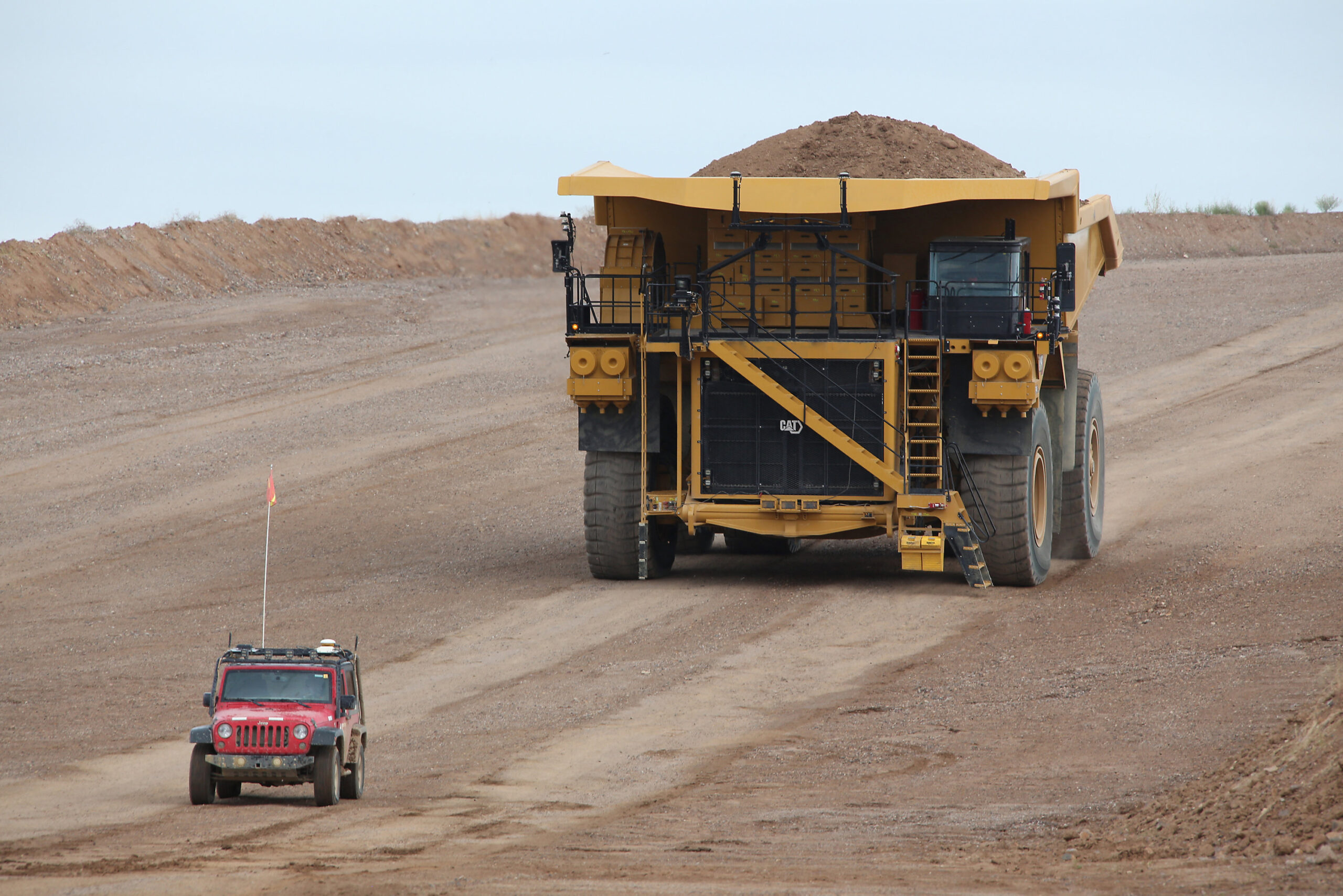 One of the largest undeveloped copper deposits in the world, Quellaveco has ore reserves of 1,3B tonnes (1.46B tons) at an average grade of 0.57% total copper. Copper reserves are 7,5M tonnes (8.4M tons), enough copper for 90 million electric vehicles. With first copper production scheduled for 2022, initial throughput capacities at Quellaveco are projected to produce 300 000 tonnes (336,000 tons) average of copper per year for the first 10 years of operation.

Quellaveco collaborated with Caterpillar and Cat dealer, Ferreyros, to find the most productive hauling solution at the mine for lowering total cost of ownership. Commenting on the project, David Rea, general manager, Cat large mining trucks, said,

“The ongoing success at Quellaveco requires extensive subject matter expertise from a diverse team of Anglo American, Quellaveco, Caterpillar and Ferreyros personnel. The Quellaveco opportunity highlighted the importance of understanding the customer’s business needs and responding with a solution that meets their expectations.”

As a consideration for mines to further reduce energy consumption and reduce carbon emissions, Caterpillar offers the Cat Trolley Assist System for non-autonomous ultra-class electric drive mining trucks and will have more information on the system at MINExpo 2021. When connected to a trolley system, the truck’s propulsion system becomes powered purely with electricity from the power grid, using the full potential of the wheel motors and lowering fuel burn. 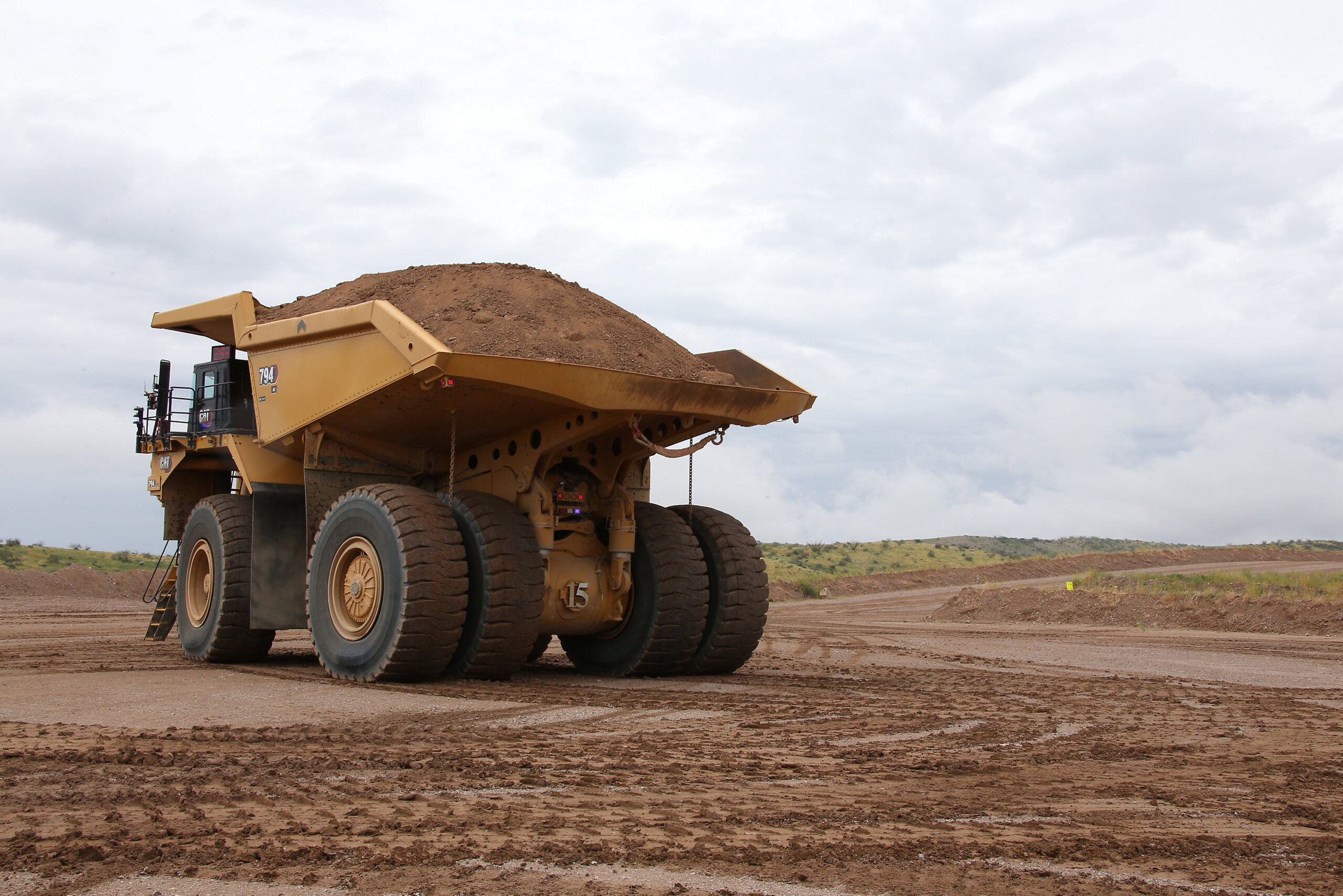 Compatible with operator-driven 794 AC mining trucks, the Cat trolley assist attachment is fully designed, integrated and built to Caterpillar specifications, so it leverages 100% of the AC drive train. The attachment includes a purpose-built trolley structure, pantographs, support systems and components to fully integrate the attachment to the 794 AC.

The trolley system reduces fuel burn by more than 90% while on trolley, lowering CO2 emissions by 20 to 60% and saving up to 40 l (10.5 gal) of diesel per cycle per 1 km (0.62 mi) of trolley line. At the same time, operating on the trolley line delivers faster cycle times and higher productivity with up to 100% speed-on-grade improvement compared to diesel mode. 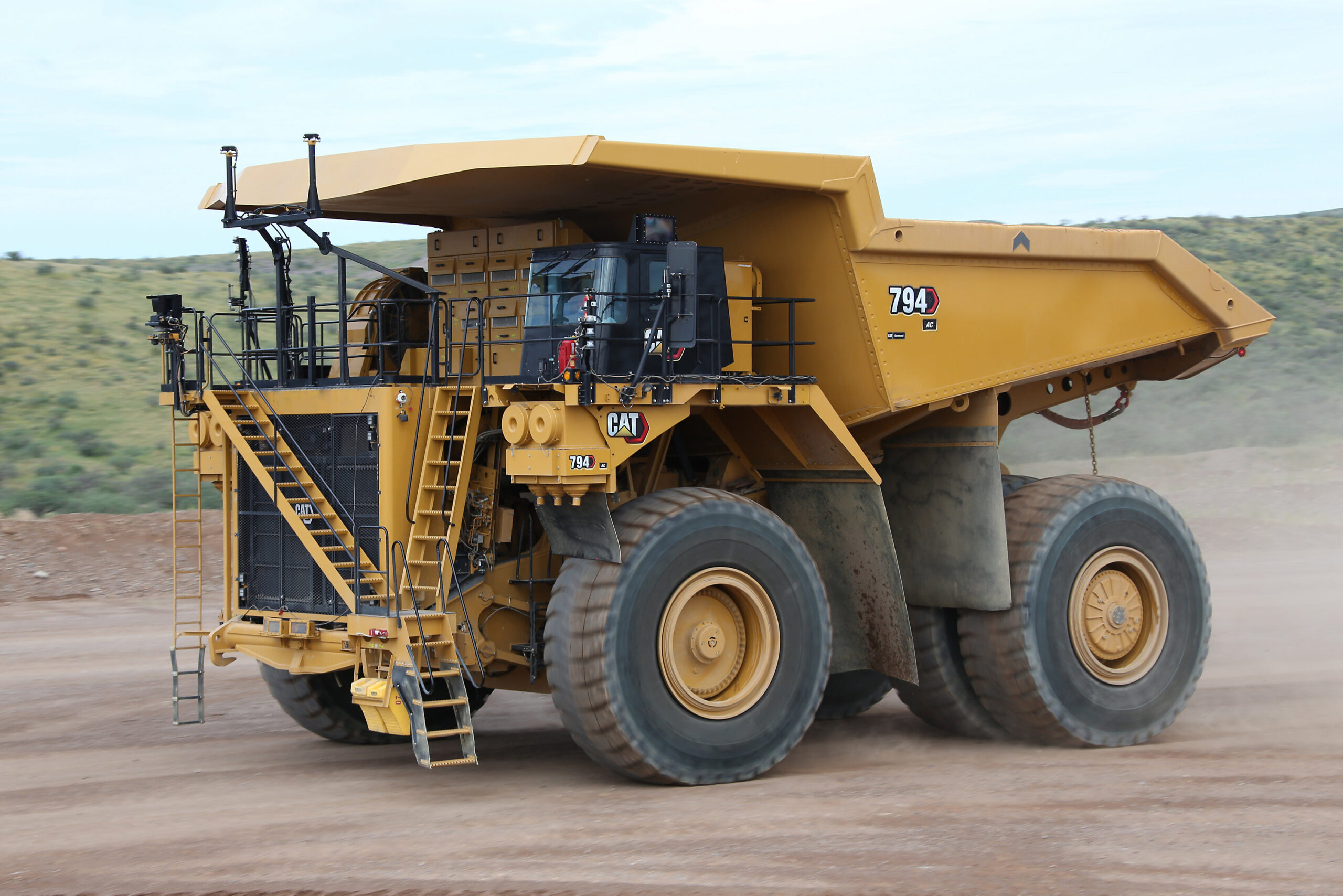