Since 2019, there have been several odd-looking, immobile figures in the River Wupper. Sturgeon stones designed by various artists decorate the renaturated River Wupper to remind everybody, at least in part, of the town’s history. Above all, however, they have a practical purpose as they help the river’s own dynamic, support oxygen enrichment and also catch dead wood. The idea was initiated by the Verein Neue Ufer Wuppertal (Wuppertal New Riverbank Association). It started in April 2019 with “Lucky the Salmon”, to remind people of the successful restoration of the once dead industrial river into a living waterway full of fish. This was followed in 2020 by “Tuffi the Elephant” and “Bobby the Beaver”. 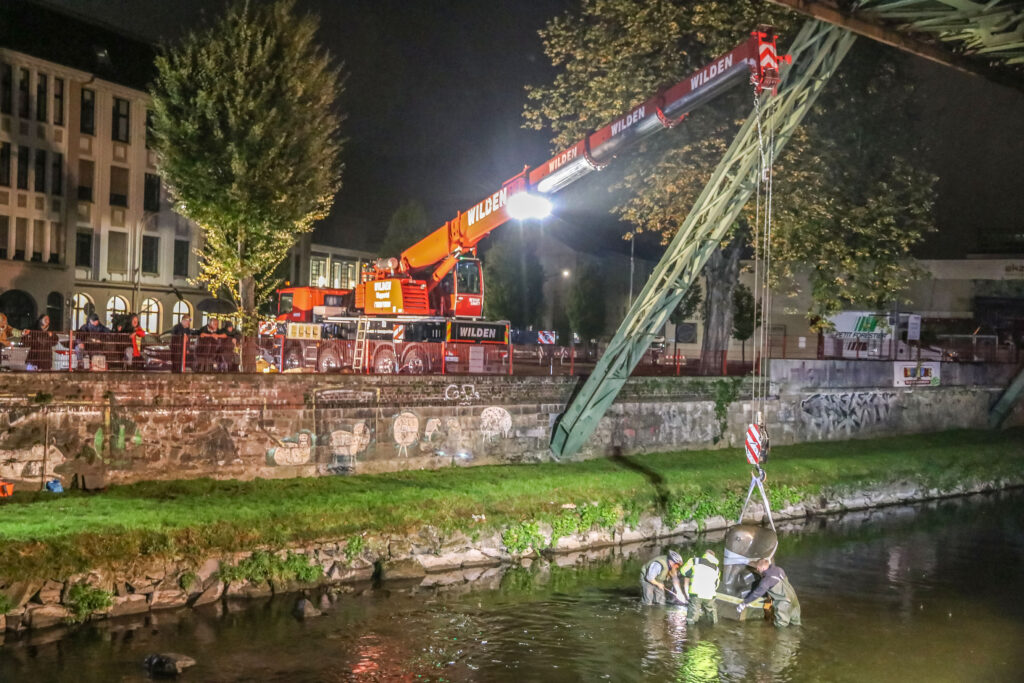 The Tuffi artwork was positioned in the River Wupper in the approximate position where a four-year-old elephant once landed. Tuffi was travelling in the Wuppertal suspension railway for publicity purposes for a circus on a normally scheduled trip on 21 July 1950. In a panic she broke through the external wall of the cabin, jumped down ten metres and landed unharmed on her rear end in a mud pool in the Wupper. 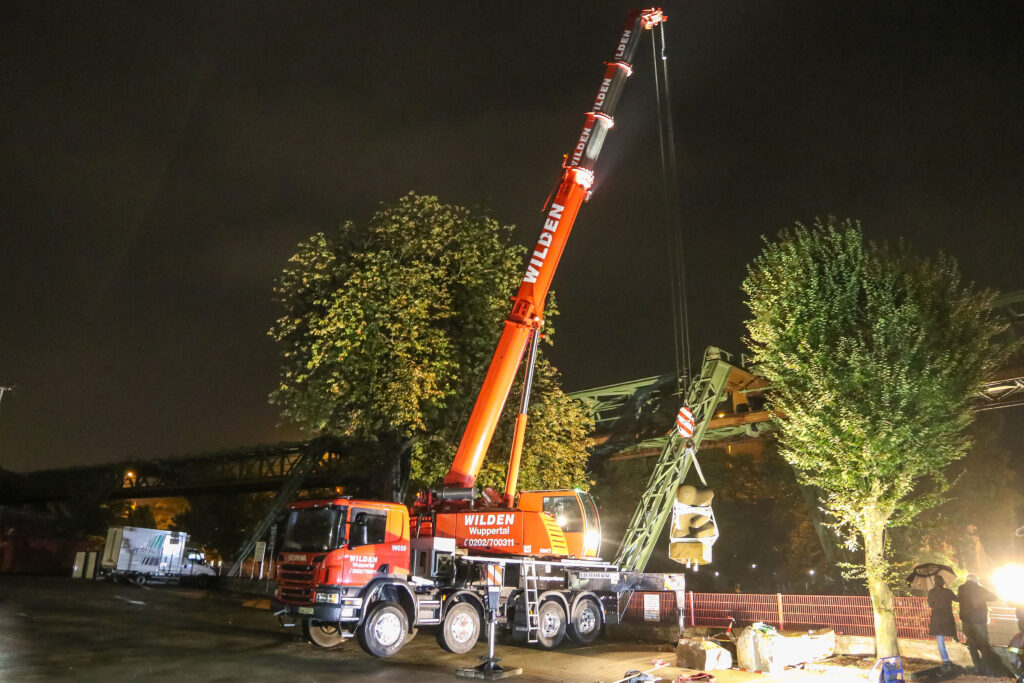 During the serious Wupper floods in July, the sculpture was carried several metres downstream. It was probably levered out of position by a tree trunk. After a search lasting several days, Tuffi was discovered, fortunately almost unscathed. The boreholes in the plinth were rinsed out using a drain cleaning truck from the Wuppertal municipal works department. Stainless steel pins were then inserted into them so that Tuffi could be hoisted back onto the plinth. 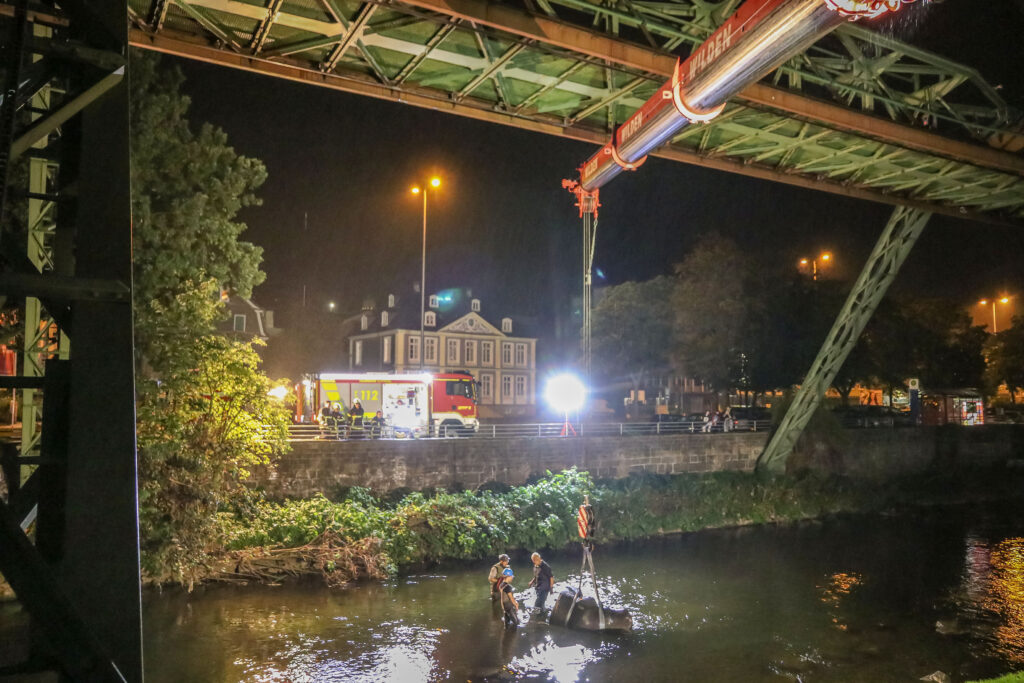 Kranverleih Wilden provided assistance with this work as the company had spontaneously offered its assistance to the New Riverbank Association immediately after the floods. The work took place shortly after midnight and finished on schedule before 5 o’clock so as not to interfere with traffic on the suspension railway. Using a Liebherr LTF 1045-4.1 truck-mounted telescopic crane, the members of the rescue team hoisted the sculpture and returned it to its original position in the river. The time had been selected for safety reasons because the suspension railway travels directly above the River Wupper. It meant that the power in the rails above where the crane was operating could be switched off whilst the suspension railway was not operating. To provide Tuffi with greater protection in the future, the LTF 1045-4.1 inserted several quarry stones upstream in the river to reduce the water pressure on the sculpture. 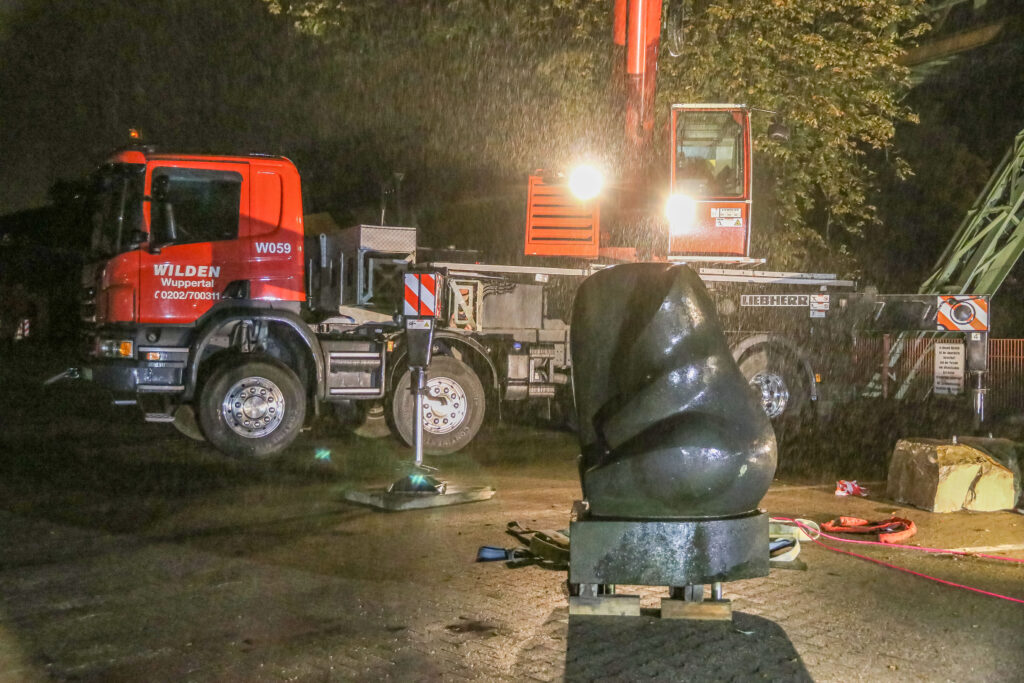 Sunward to Strengthen its Position at bauma 2022