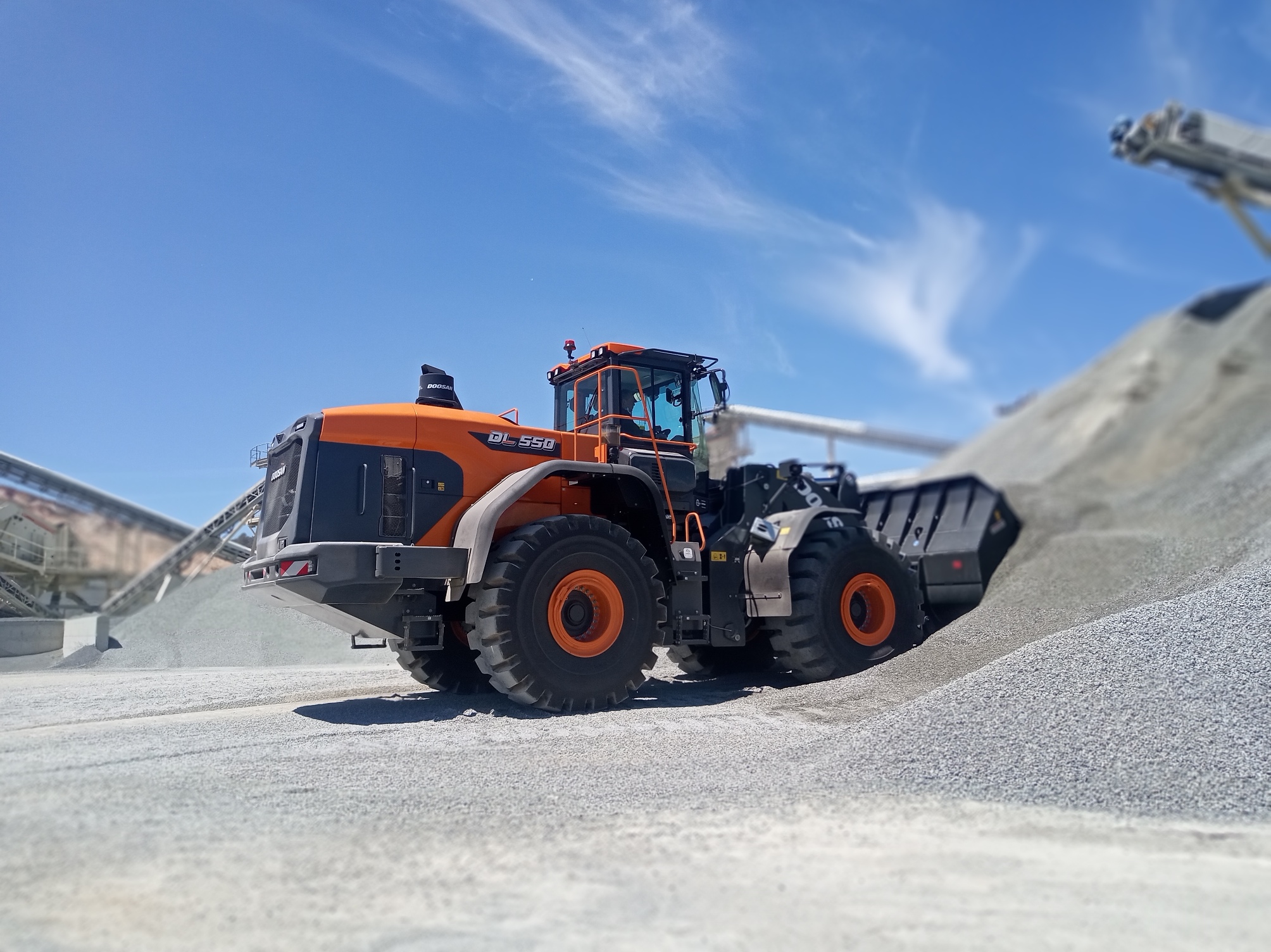 Ofita is a hard volcanic rock composed of feldspar, pyroxene and limestone, which is used for railway infrastructure works as well as in road buillding and other areas of construction and general industry.

Located between vineyards and next to the Ebro river, the San Felices quarry has been active since 1919, though the current operation was acquired in 1973. The quarry covers an area of 100 hectares, with roughly half of the space currentty being developed. The Doosan DL550-7 loader joins a fleet of machines used to transport and load trucks with an average 250,000 tonne per year of railway ballast, sand and gravel.

“For this we need reliable and robust machines. We cannot stop the work,”

say Javier Fernández, director and Julián Pérez, in charge of the quarry. 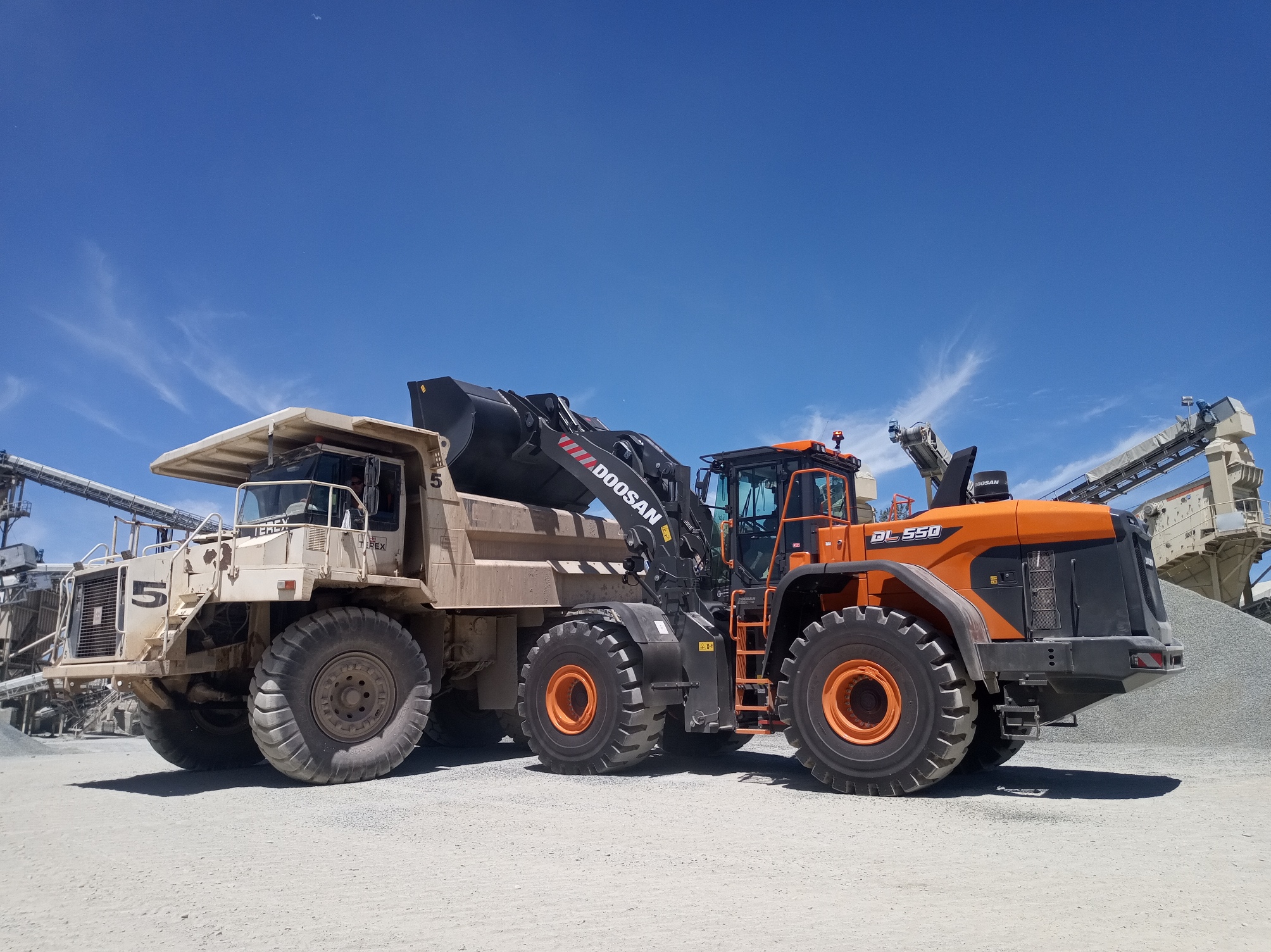 “We needed to replace an old loader with a current model. We were looking to reduce fuel consumption and increase productivity and profitability. For this we have opted for a more modern and larger machine. The size of the loader reduces loading times, which translates into faster tasks and higher performance. The main mission of the Doosan loader is the loading of trucks and moving aggregates, basically for the expedition of materials. The DL550-7 model was selected taking into account several options, but what made us opt for it was its size, and its capabilities, that perfectly matched the requirements we were looking for. This included having similar characteristics to the machine it replaced, which was also from Doosan, but being a new generation model it would provide us with greater benefits. While the impressive breakout force allows it to handle the toughest materials.”

The Doosan DL550-7 loader features smooth and responsive hydraulic and auxiliary connections. The machine is equipped as standard with a third spool with adjustable flow and hold function, which provides a constant flow for the hydraulically actuated attachments. 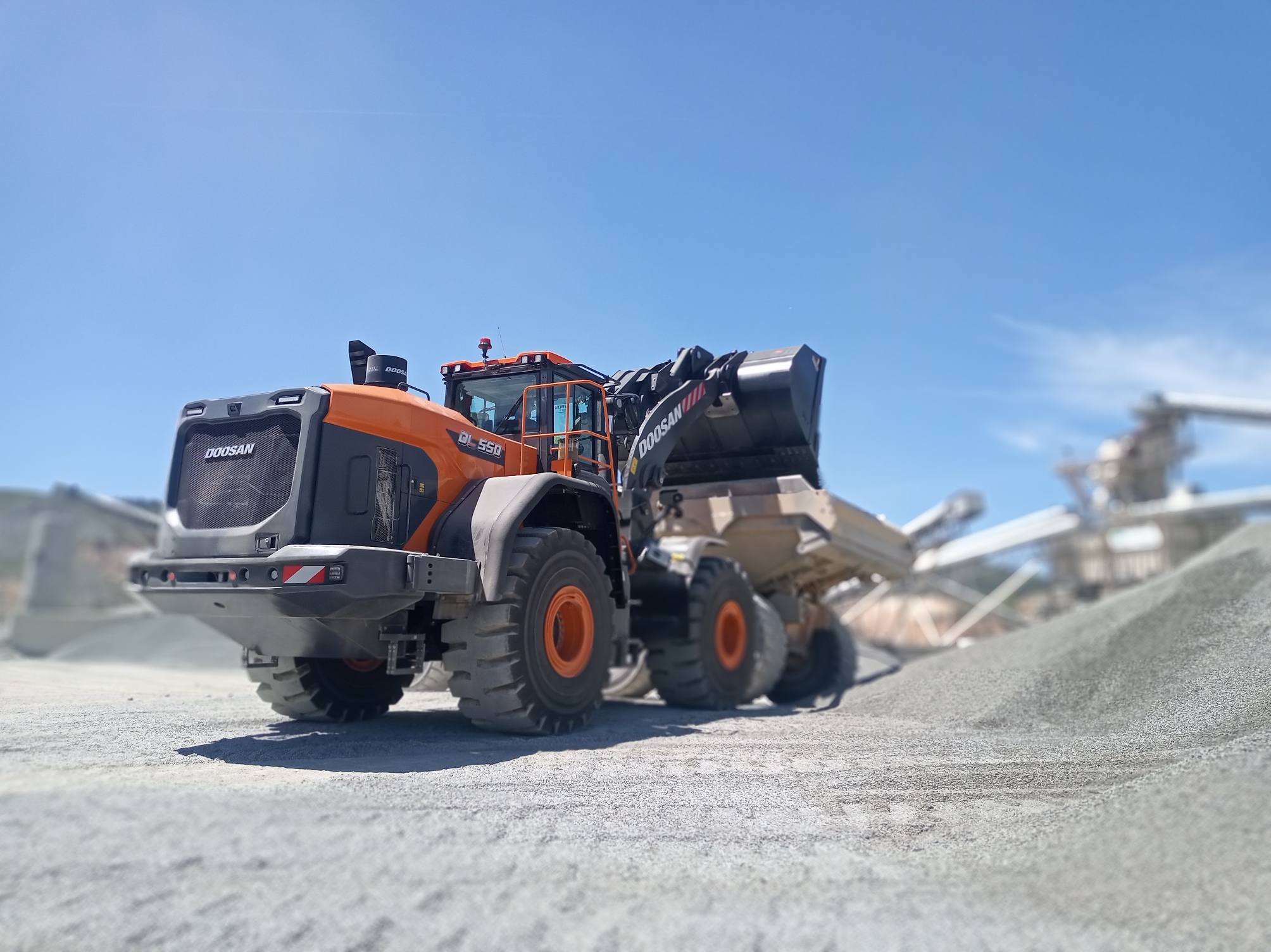 “We saw the evolution of the new loader, with respect to our previous models. The operators who use it are delighted with this new model, they have seen their comfort improved, the ergonomics of the controls, a much smoother handling thanks to the LIS system (load isolation system) and they value the precision and speed. The Doosan DL550-7 loader works at very high temperatures in summer and in winter, conditions can include extreme cold and fog, so the well-conditioned and heated cab protects the operator. Another aspect to highlight is the greater visibility from the cab with the blind spots around it reduced to a minimum, with the 360º vision camera, as well as the many other benefits that the new technologies provide us.”

“We compare it to a mobile phone, you have to learn to use it to get all the performance out of it and this allows us to improve at an operational level.”

Designed for more precise control with less lever travel, resulting in less fatigue, the ergonomic joystick control sensitivity can be adjusted and changed according to operator preferences using the new Smart Touch monitor. This easy-to-use and adjustable touch screen provides all the important settings and information the operator needs. 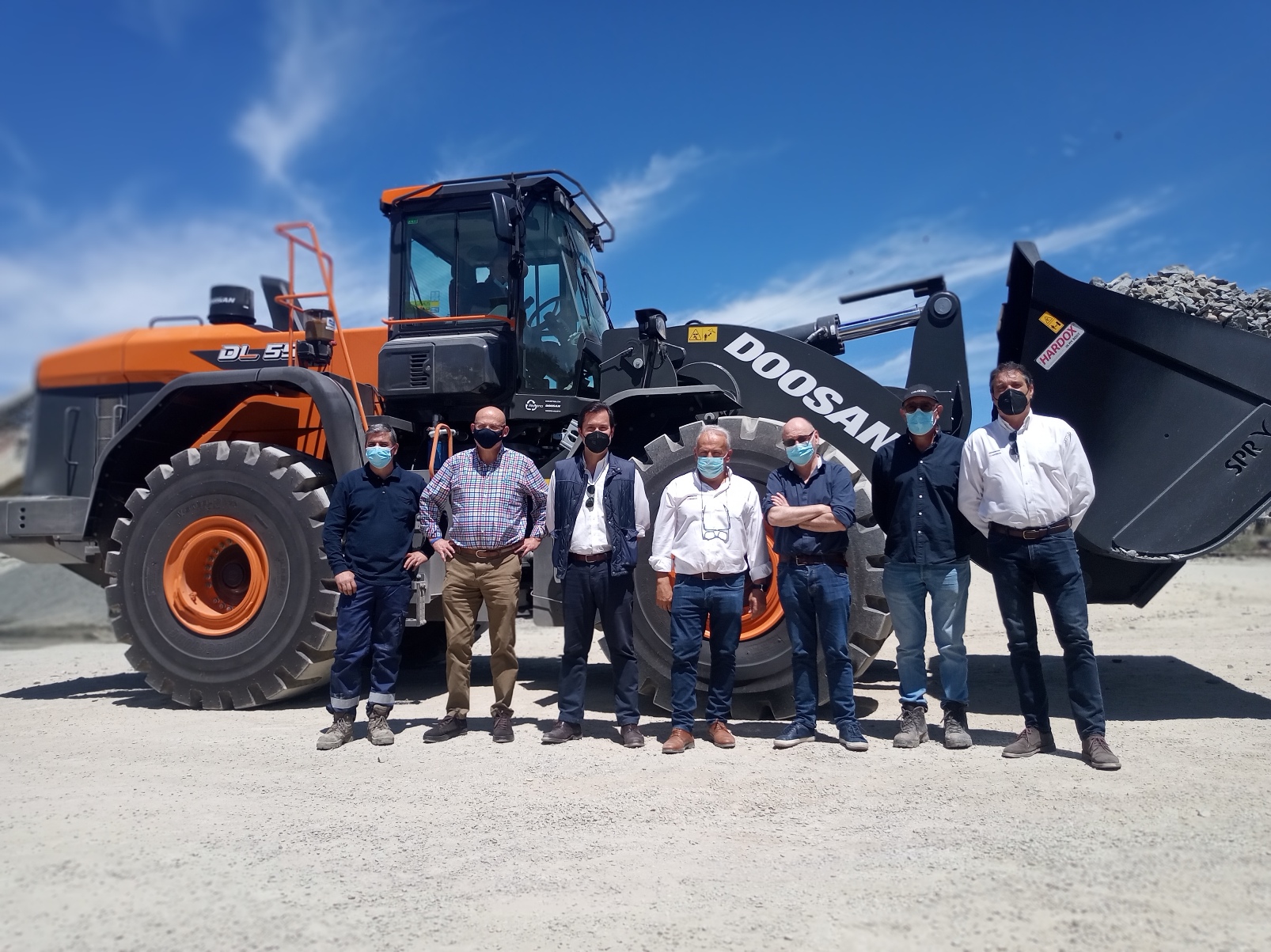 Javier and Julián were introduced to the DL550-7 by Reyvena, official Doosan distributor for the area, endorsed by Centrocar, the exclusive Doosan importer for Iberia, Angola and Mozambique.

“The relationship after so many years is very good, which implies total trust in the supplier, and proof of this is that we have been expanding, and over more than a decade we have always opted for the new Doosan models, both in loaders and excavators. The good service and response of the distributor have been fundamental to carry out all these operations. We started with the acquisition of a Doosan MEGA300 loader together with an excavator in 2010, when we had to do a major upgrade of 10 machines. After analyzing various offers we opted again for Doosan and Centrocar. The brand, the service obtained by Reyvena, and the durability of the machines were key points in favour. What we value most today is the reduction in fuel consumption as we have already mentioned, the easy handling thanks to the great sensitivity of movements, the comfort, safety, ergonomics, the incredible visibility and the great load capacity. We have gone down from three or four cycles to two cycles thanks to the loading power and the 6 m3 bucket. We currently have a fleet of 10 Doosan machines including loaders and excavators from different eras and all of them, despite the years, extreme conditions and working hours are still active at the foot of the quarry. We have seen the evolution of many aspects of Doosan machinery and all of them have met our expectations.”