By Newsroom of HeavyQuip Magazine
February 17, 2022
The Brand IndexSanyLifting EquipmentTelehandlers 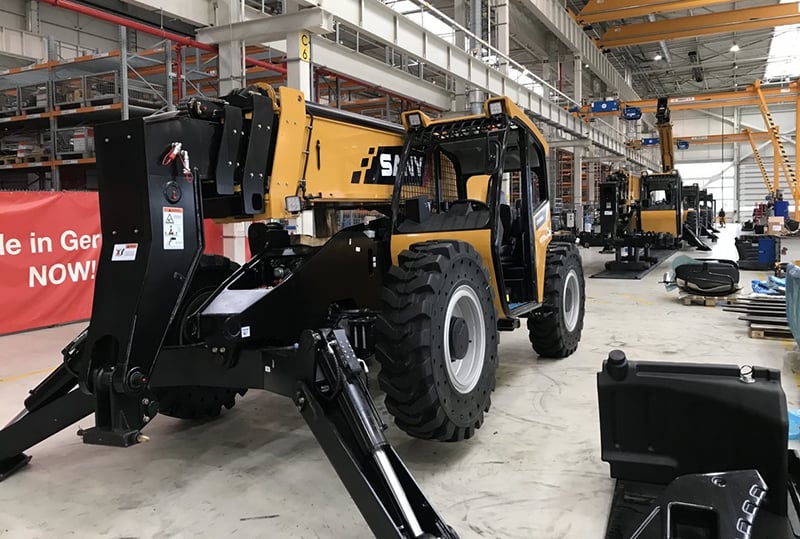 The production of the Sany STH1056A telehandler, one of the most modern and effective models in its class, is already in full swing in Bedburg. Here, German expertise and precision combine to produce the next generation of telescopic loaders for the North American market.

“The short transport routes, as well as the fact that delivery to the USA is reliable and continually possible, were a major factor in our decision to produce these machines in Germany. We are also looking forward to further strengthening the Bedburg site and its production expertise within the SANY Group.”

Developed for the toughest tasks

The Sany telehandler have been tested in the toughest of conditions. They have completed more than 10,000 circuits of the SANY test course and over 20,000 cycles of the entire lifting structure at the full nominal load. After successfully completing this demanding testing regime, the SANY telehandler with its 97 kW, a maximum lifting height of 17.13 m and a max. loading capacity of 4536 kg is ready for the North American market.