RELAM’s acquisition of WTE and WRL

You want a job site that’s as safe and productive as possible. At Caterpillar, that means a focus on autonomy. Front and center is what you’ve seen in mining, and in Cat Trial 12: No Hands you’ll get to see the agility and precision our autonomous mining trucks bring to the table, not unlike what you’d see from a world class soccer player. And you’ll get a sneak peek of where this technology is going next. 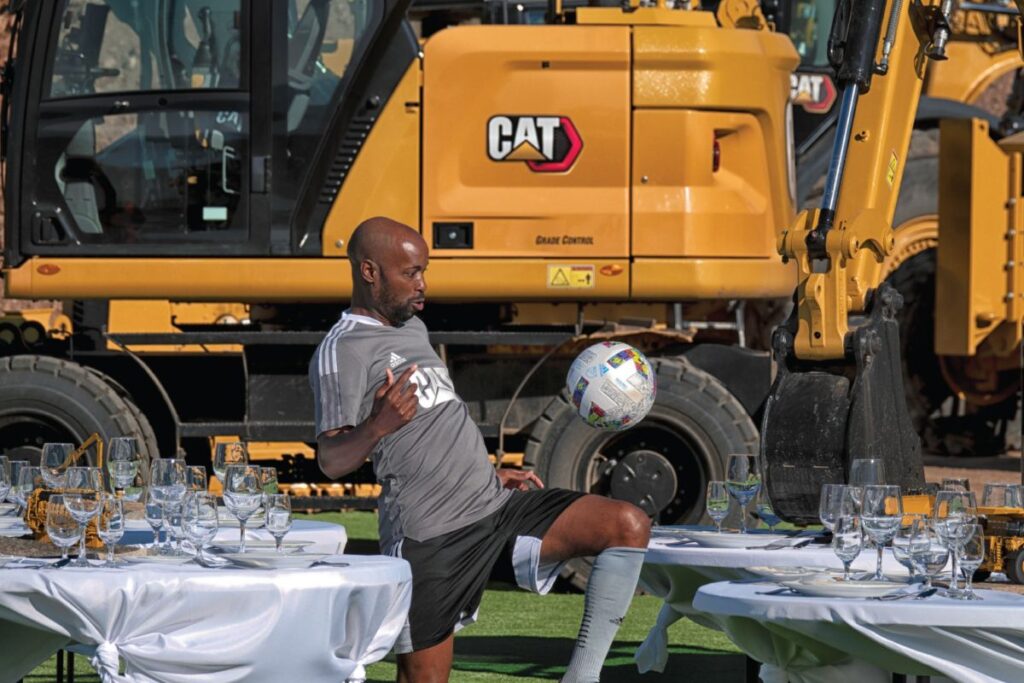 We brought in four-time FIFA World Cup participant DaMarcus Beasley to run through a Cat themed obstacle course and we did the same with a 794AC autonomous mining truck. The inspiration came from Cat Trial 3: China Shop, where we had a mini excavator navigate through tens of thousands of dollars’ worth of glassware. We wanted to show that our big machines could do it too!

Cat autonomous equipment was originally introduced at MINExpo 1996, and the 794AC was showcased at MINExpo in 2021. The first autonomous 794 AC electric drive mining trucks were deployed in South America. In Chile, the first of 28 autonomous 794 AC trucks began arriving in May 2021 to be part of Teck Resources Limited’s low-cost, long-life Quebrada Blanca Phase 2 (QB2) copper project. ­­It is the latest autonomous mining truck equipped with Cat MineStar Command for hauling, an autonomous hauling solution. The 794 AC is the first electric drive model to join the expanding Command for autonomous haulage fleet, which includes the Cat 789D, 793D, 793F and 797F models. When you think of services at Caterpillar, the first things that come to mind are related to maintenance and financing. Did you know that automation – more specifically Cat MineStar Automation Solutions – is also a service we provide our customers? Autonomy is rapidly emerging in the mining industry as essential for improving safety and productivity and lowering cost. The 794 AC, equipped with Command for hauling, enables total autonomous operations of the mining trucks, interaction with other equipment, and integration with customer mining processes and systems, all managed by MineStar. 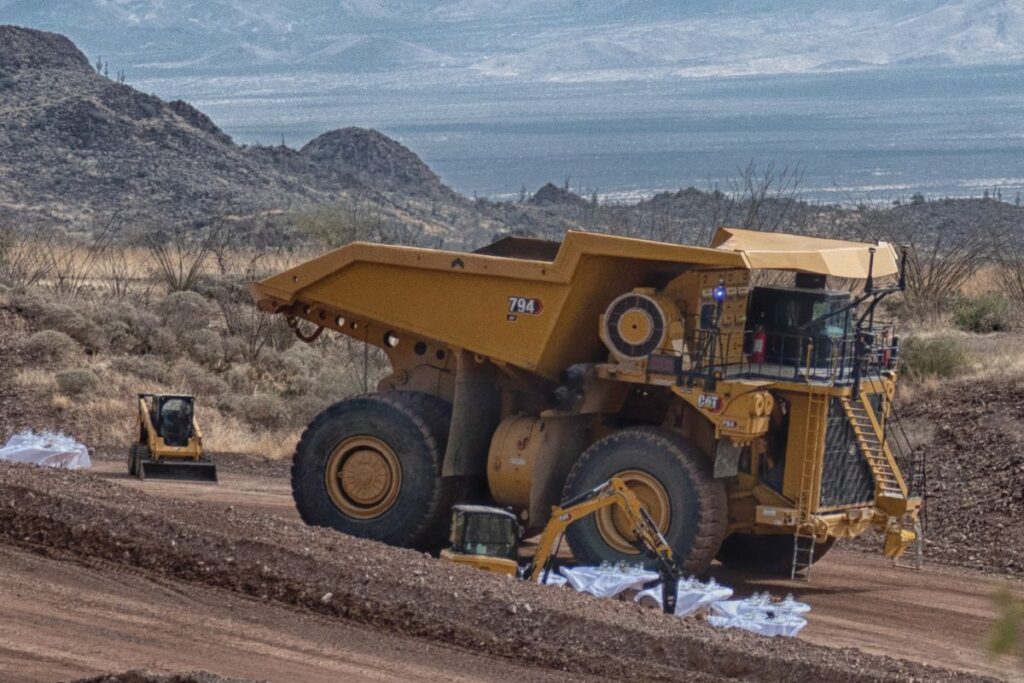 Cat Trial 12: No Hands shows how autonomy is coming to other industries.

Our latest video features a semi-autonomous version of the Cat 299D3 Compact Track Loader. With its vertical lift design, this CTL delivers extended reach and lift height for quick and easy truck loading. Its standard, suspended undercarriage system provides superior traction, flotation, stability and speed to work in a wide range of applications and underfoot conditions.

A semi-autonomous version of the machine was also previewed for the public and press at Cat Trial 12. Caterpillar has decades of experience with autonomy – specifically in the mining sector. A 2020 acquisition has helped advance our experience in large mining equipment and start on a path that features new, nimble, miniaturized technology. So, while not commercially available… yet…the semi-autonomous 299D3 points to the potential Cat Command for Construction has to enhance your jobsites. 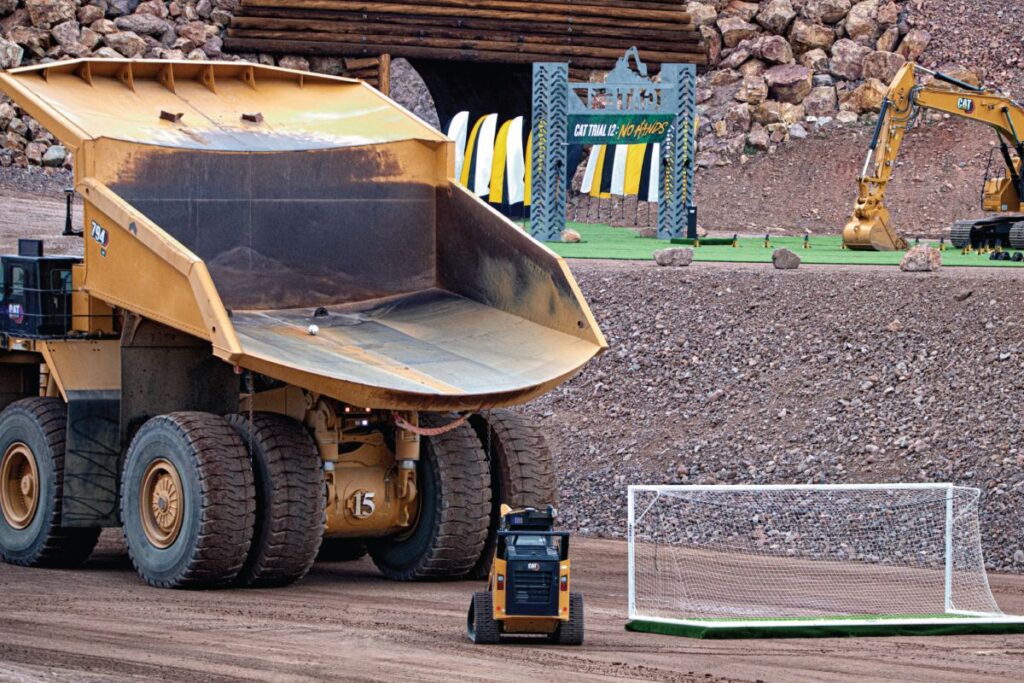 Also featured in Cat Trial 12: No Hands is former Major League Soccer player DaMarcus Beasley. Beasley played for the Chicago Fire and Houston Dynamo in addition to teams in The Netherlands, England, Scotland, Germany, and Mexico. He is the only American man to play in four FIFA World Cups, making 126 appearances during his 16-year international career before retiring in 2019. And he wasn’t just a fantastic player, Beasley is a great ambassador for the “beautiful game.”

The course features obstacles made up of officially licensed Cat merchandise including: 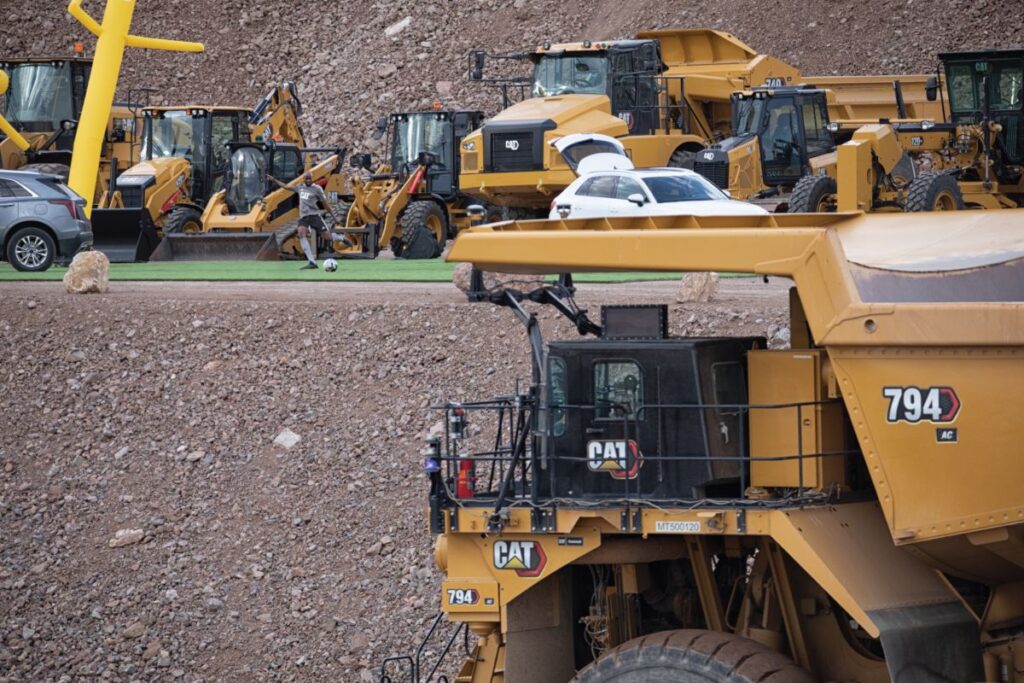 Cat Trial 12: No Hands highlights the teamwork, agility and precision that goes into success for your team and your job site. And we know you’ll get a kick out of how it all comes together.