More
From EuropeFrom SwedenMiningOil and Gas

SSAB, LKAB and Vattenfall are inaugurating Hybrit’s pilot facility for fossil-free hydrogen gas storage at Svartöberget in Luleå, Sweden. The rock cavern storage facility is the first of its kind in the world. The inauguration ceremony marks the start of the two-year test period, which will run until 2024. 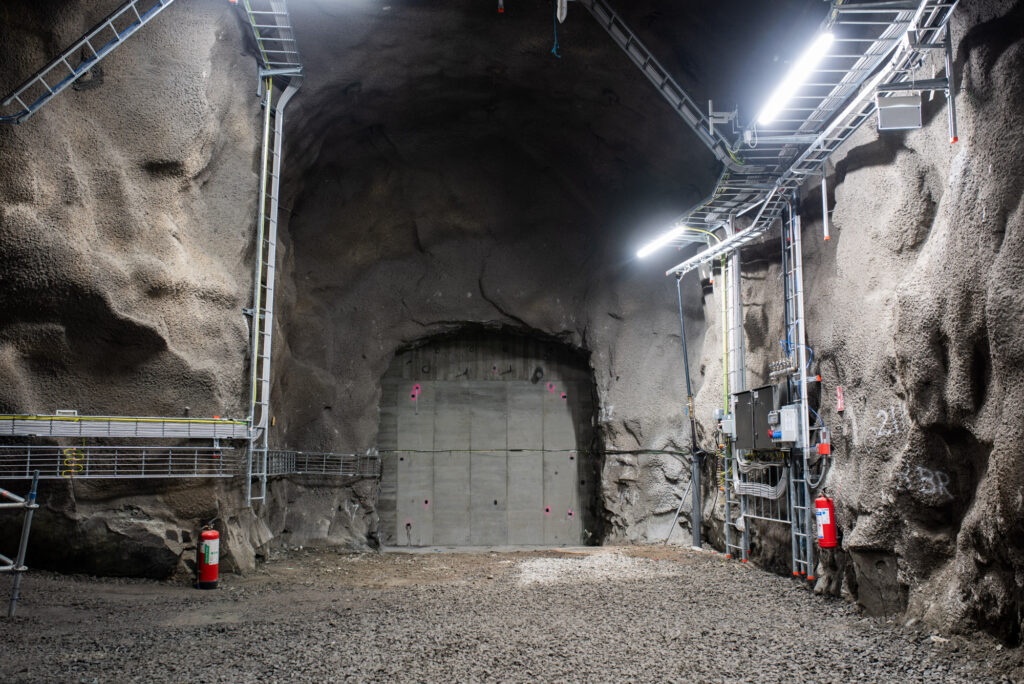 The Hybrit initiative was launched in 2016 by the three owners; SSAB, LKAB and Vattenfall. The hydrogen storage facility will play a very important role in the overall value chain for fossil-free iron and steel production. Producing fossil-free hydrogen gas when there is a lot of electricity, for example when it is very windy, and using stored hydrogen gas when the electricity system is under strain, will ensure a steady production of sponge iron, the raw material behind fossil-free steel.

“Sweden will create new jobs by leading the climate change transition, and Hybrit is a good example of doing just that with green technology and innovation. When we build the energy system of the future, we need to both take advantage of opportunities to store energy and ensure that large energy users can be flexible in their consumption. This is exactly what HYBRIT does through its unique hydrogen storage.”

“We want to develop Hybrit so that it is in line with the electricity system of the future, with more weather-dependent electricity generation. The storage facility is unique and once again the Hybrit initiative is taking the lead in the fossil-free transition. Hybrit is very important for facing the climate challenge and enabling fossil-free living within one generation,”

says Andreas Regnell, Chairman of the Board, Hybrit Development AB and Senior Vice President and Head of Strategic Development at Vattenfall.

“SSAB has the opportunity to transform our operations and cut 10% of Sweden’s total carbon dioxide emissions as well as 7% of Finland’s, and this will take us one step closer to our goal. The hydrogen storage facility is an important piece of the puzzle in ensuring stable steel production and a milestone in the development of HYBRIT.”

“Hydrogen gas and its storage are central to our transition. In four years, Hybrit technology will be used on a large scale in the first demonstration plant in Gällivare, and the plan is to then build more sponge iron factories. LKAB will therefore need to become one of Europe’s biggest hydrogen producers, and this pilot project will provide valuable knowledge for the continuing work on creating the world’s first fossil-free value chain for the iron and steel industry,”

The pilot plant is important in order to really test and understand how large-scale hydrogen storage works. Storage of hydrogen gas will be an important piece of the puzzle for a fossil-free value chain for the iron and steel industry, but also in a future robust electrical system.”

The technology for storing gas in a lined rock cavern is well proven and has been used in southern Sweden for about 20 years for storing natural gas. Now the technology is taking a step forward by the development for storage of hydrogen gas, and the storage facility will also be used more dynamically, being filled and emptied at pace with the hydrogen production.

The pilot plant has a size of 100 cubic meters. At a later stage, a full-scale hydrogen gas storage facility measuring 100,000 to 120,000 cubic meters may be required, in which case it will be able to store up to 100 GWh of electricity converted to hydrogen gas, which is sufficient to supply a full-sized sponge iron factory for three to four days.

The construction of the hydrogen gas storage facility began in May 2021. Hydrogen storage will be tested in the storage facility using known technology known as LRC. This means the gas is stored underground in a rock cavern whose walls are lined with a selected material as a sealing layer. The fossil-free hydrogen gas is produced by water electrolysis using fossil-free electricity.

It’s important to build in rock of a type that maintains its good qualities. For example, the bedrock in Svartöberget consists mainly of amphibolite with elements of pegmatite and red granite. The rock cavern in Svartöberget where the gas is stored is about 30 meters below ground level and 100 meters from the entrance.

An important fact about the Hybrit project is that with the Hybrit initiative, SSAB, LKAB and Vattenfall intend to create a completely fossil-free value chain from mine to finished steel, with fossil-free pellets, fossil-free electricity and hydrogen.

The Hybrit technology replaces the blast furnace process, which uses coal to remove oxygen from the iron ore, with a direct reduction process that uses fossil-free hydrogen gas. Instead of carbon dioxide, the by-product turns into water. The pilot plant for the production of sponge iron in Luleå was commissioned on 31 August 2020 and the next step is planned for 2026 with a demonstration plant for the production of fossil-free sponge iron on an industrial scale in Gällivare.