After completing its first job erecting a wind turbine, a new Liebherr LR 11000 crawler crane owned by crane and heavy haulage contractor MaxiKraft had the opportunity to show its capabilities at a steel casting plant. The 1000 tonne crawler crane installed a 200 tonne crane girder, which had been completely repurposed, at ThyssenKrupp in Duisburg. 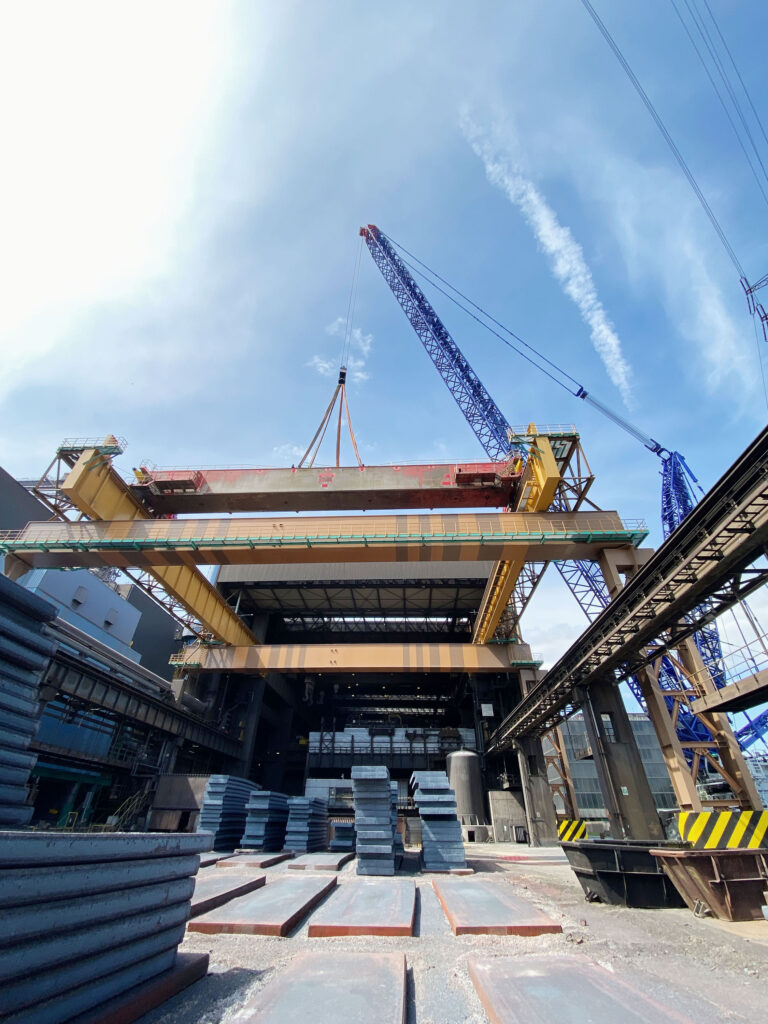 After its very first job erecting a wind turbine in southern Brandenburg, the Liebherr LR 11000 was transported around 600 kilometers to Duisburg by more than 30 heavy haulage vehicles. A 200 tonne crane girder for a former casting gantry crane measuring 40 meters in length had to be installed at a ThyssenKrupp steel casting plant. These girders are designed to transport hot liquid steel inside the plant.

In constricted space conditions, the LR 11000 had to be set up with 50 tonnes of central ballast, 170 tonnes of slewing platform ballast and 320 tonnes of derrick ballast within four days in its SL11DBV configuration with a 102 meter main boom and a 42 meter derrick boom. The hoist was completed on a Saturday so that the crane could then be dismantled again on Monday and the steel plant could quickly restart operations. 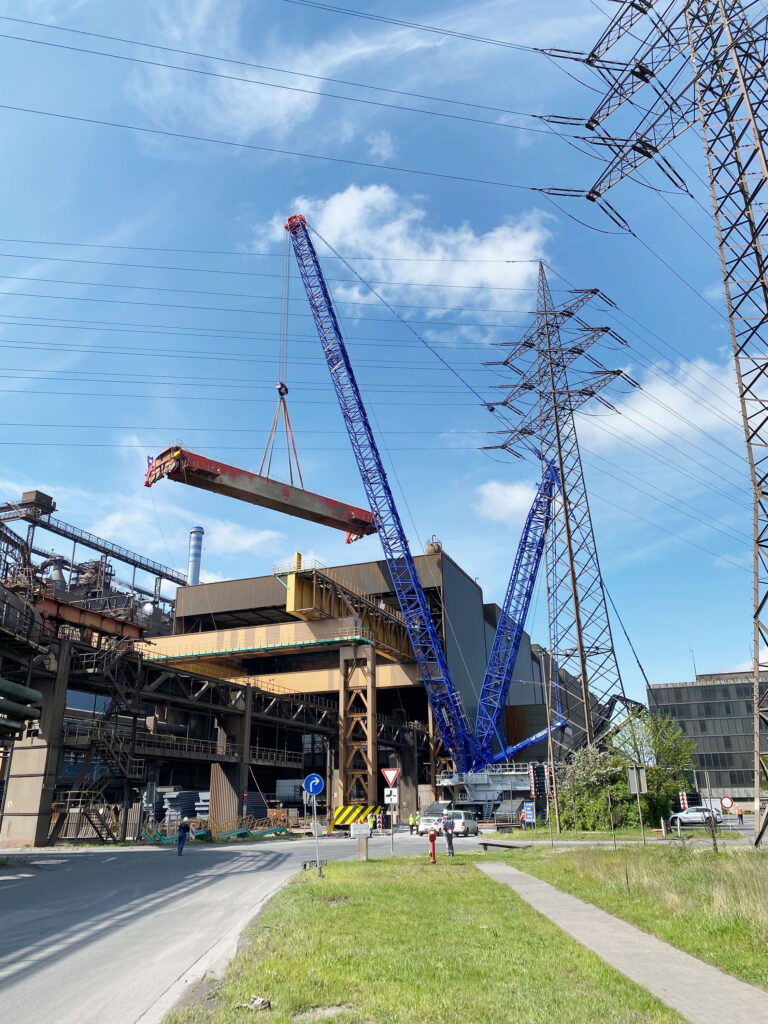 “The delivery of the crane components was a logistical master class. Things were very tight, particularly when setting up the crane. But everything actually went very well. The LR 11000 is a fantastic crane. I’ve operated them all, from the LR 1600/2 to the LR 11350 and also large machines from other manufacturers.”

An SPMT module vehicle maneuvered the colossal steel component from the preparation area to the crane where the LR 11000 picked it up on four giant shackles and then delicately placed the 200 tons at its assembly position at a lofty height. The 1000 tonne crane even had to move a few meters with the massive load on its hook. Thick excavator mats had been put in a position especially to distribute the load.

The old crane girder has been modified for its new purpose as a weather guard. Over the next few months, a mobile safety wall will be attached to it to provide the open building which houses the extrusion casting system with better protection from wind and rain. 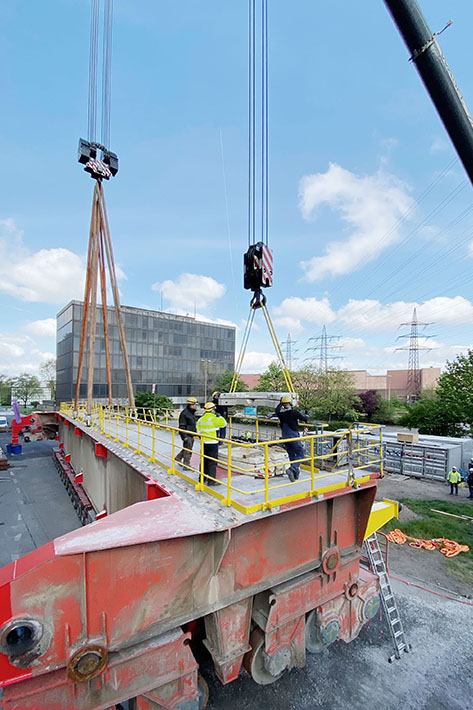