Brendan Walsh and his team at Ground Technique have been working on a 20-lot Tran Civil development in Diamond Creek, Victoria. This project is on a large sloping block that is very undulating and requires a substantial amount of cut and fill. To complete this project, Walsh installed the Topcon 3D GPS+ machine control from Position Partners on his Hitachi Zaxis 13-ton excavator.
“The Topcon 3D GPS+ system has meant that we have no people on the ground for starters and I think we’ve saved ourselves up to maybe four blokes on the ground. It means we can use smaller excavators if required because we’re so much more efficient with what we do,” said Brendan Walsh, Director, Ground Technique. “It also means there’s no human error. The only human error will come down to the surveyors and designers and you’re always going to have surveyors and designers involved. There’s a lot less material come out because you’re pulling out only the exact amount.” Walsh also pointed out that using the Topcon 3D GPS+ 3D machine control system increased safety on site because there were no workers around the machine. “I believe it’s the way of the future and people who aren’t using it, I think, are really living in the past now,” said Walsh.

For the Diamond Creek Project, the other option Walsh had considered was a rover on the ground but he was concerned about the downtime. “Often blokes forget to charge batteries and what not on those things so there’s a lot of downtime,” said Walsh. “Number two someone has to read the screen and interpret it and in the meantime the operator is sitting there waiting on that bloke on the ground.”
The Topcon 3D GPS+ machine control system from Position Partners was appealing to Walsh because it reduces downtime and increases site safety and efficiency. Walsh was also interested in a 3D system over a 2D system because the Topcon 3D GPS+ machine control system meant that Walsh and his team didn’t need to re-bench the equipment each time they moved the machine. “The screen on the new system in particular is very big and easy to see and because it is 3D it’s plug-and-play essentially once the machines loaded,” said Walsh. “There’s no recalibrating once the machines moves, with a convention 2D system every single time you move the machine you have to re-bench the machine.”

The benefits of using Tokara Link

Tokara Link is an Australian-designed telematics solution created specifically to improve efficiency and productivity for earthworks and civil construction projects. Using a modem installed in the machine, Tokara Link connects your machines to the office, provides access to Position Partners’ technical support and links you to any GPS network required for the job.
Walsh said Tokara Link was one of the reasons he went with the Topcon 3D GPS+ 3D machine control system from Position Partners – the ability to continue keep working on the site while working on issues and problems was a strong selling point for him. He found using Tokara Link made training very fast.

“When I have the Tokara Link fired up on the GPS, I also have Bluetooth on my phone so when I’m talking to the support network down in Dandenong there, I can literally keep moving my digger and excavating while I talk to them over the phone, while I watch them play around on the screen that I’m looking at, all at the same time,” said Walsh. “I can watch them, what they’re doing and they can talk me through what they’re doing so it makes training really efficient.”

The importance of service and support during purchasing and implementation

Having access to a local Position Partners team member was important to Walsh during his decision-making process. “Position Partners has a very good reputation for support. That was a very big one for me. Even on this job in particular, I had started the job, Position Partners came out and made sure the machine was calibrated, eastings and northings were set up properly and the buckets were calibrated and what not and they spoke to the surveyor just to make sure the files were readable in the machine,” said Walsh. “Any questions from there on they’re on the blower from first thing in the morning to late afternoon. The ongoing support as well is awesome.” 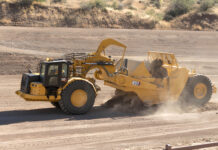 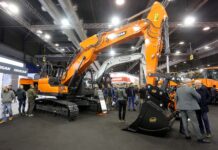 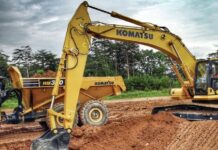 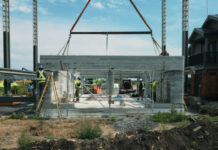 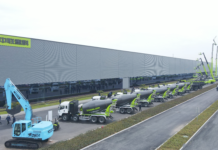 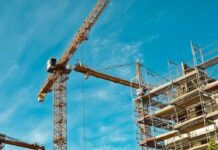 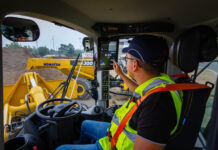 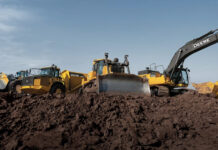 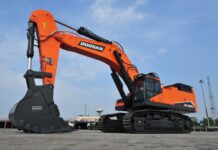