At 84 years young, Alastair MacKellar is still just as passionate and just as involved in working life as he was back in 1950, when he began his apprenticeship as a 17 year-old with the South Australian Tractor Company, Australia’s primary Cat® dealer at the time.
After plying his trade for a decade or two, in the late 60’s Alastair founded MacKellar Mining, when he contracted to the town of Dysart, and got involved in mining and civil works, including building the dam at Peak Downs as well as roads and airports.
Since then, MacKellar Mining has grown exponentially, now with around 300 employees and a current fleet of around 350 large mining machines, about 300 of which are Cat Machines.
Alastair first opened his Hastings Deering account in Darwin in 1968 when he purchased a new Cat 621 Scraper. Now, 50 years on, he’s one of Hastings Deering’s longest-standing account holders. Throughout this time, Alastair has purchased and worked in and on pretty much every type of Cat mining equipment imaginable – from trucks, shovels, excavators, scrapers and beyond – and says there’s a good reason why he’s remained so loyal to the brand.
“The availability of spare parts is the biggest thing – the opposition just don’t carry enough stock. And I know Cats are good machines, with a lot of thought that’s been put into them,” Alastair said.
The MacKellars hold the Caterpillar brand in such high regard that their car number plates are even named after Cat Machines – including the 631, the 785 and the 789. While Alastair is still in at the office every day, it’s his son Duncan who’s now leading the business as Managing Director, and who’s overseen the transition to MacKellar EPSA since partnering with the Spanish company back in 2012.
Duncan says there have been some major benefits that have come about since joining forces with EPSA.

“EPSA is a big Cat purchaser and supporter too, and partnering with them has really enabled us to expand further into large civil works and contract mining. Projects like the Pacific Highway and large earthworks sections of the Toowoomba Second Range Crossing have all been made possible by the merger,” Duncan said. “Working alongside EPSA has given us access to more equipment without the higher levels of debt, and we’re both privately-owned family companies, which has allowed us to remain nimble to win business.”
Throughout the industry, the MacKellars are known for being highly knowledgeable and discerning customers, who always dig deep and do their homework before committing to the purchase of a new machine. So when time came to look for a new mining excavator, the Cat 6040 Hydraulic Shovel came out on top of their list.
Commissioned for use at the Batchfire Callide Coal Mine, about 120km southwest of Gladstone, the 6040 provided exactly what Duncan and MacKellar EPSA were looking for.

“We’d owned a 6030 for about 10 years and had a very good run with it – it was hard digging and proved itself to be strong and robust – so the 6040 was the obvious choice,” Duncan said. “We were also very familiar with the C32 engine from the Cat D11 Dozers and impressed by its large capacity and how quiet and efficient it was. Plus, it’s important that the machine can be rebuilt 3 or 4 times throughout its life, and we’re confident we’ll get that from the 6040.”
When it comes to its use on the Batchfire Callide mine site, Duncan says there’s one key thing that makes the 6040 the ideal fit.
“It’s mainly the size – the 24 cubic-metre bucket provides exceptional flexibility with trucking, allowing it to load efficiently onto the Cat 785 and 789 trucks,” Duncan said.

Getting a machine as sizable as the 6040 up and running on-site is always a big undertaking, but Duncan says the efforts put in by the team from Hastings Deering ensured everything ran according to plan.
“The commissioning all went smoothly and, most importantly, safely. Everyone went above and beyond to bring it together – especially Jeff Rogers from Hastings Deering, who’s been outstanding as our Mining Account Manager,” Duncan said. “And together with Colin Moffatt and Peter Westerhuis at Batchfire, who’ve done a fantastic job there, we have a really good relationship, so it all went well.”
As with much of its Cat machinery, MacKellar EPSA intends to have the new 6040 serviced by Hastings Deering as well as some of its own staff – including the Head of Maintenance who’d previously worked at Hastings Deering for more than 40 years. With more Cat D11s and perhaps some new Cat 793 trucks on the MacKellar’s shopping list, it looks like the solid, long-standing relationship with Caterpillar and Hastings Deering is set to continue for many years to come. 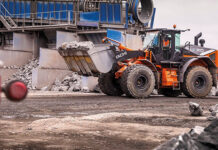 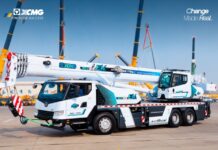 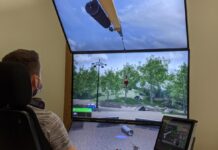 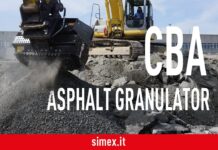 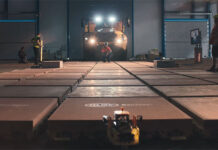 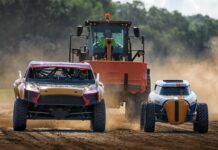 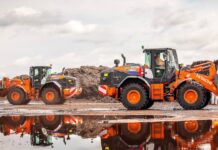 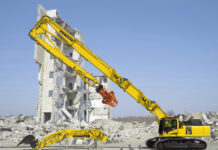