Hilti Awards the Red Dot “Best of the Best” Category With Jaibot, the Semi-Autonomous Site Robot Designed To Drill Ceilings

Several new Hilti products received iF and Red Dot awards based on their design quality and degree of innovation. The Jaibot construction site robot was named among the “Best of the Best”. Furthermore, the Jaibot was chosen “BIM Champion” in Germany and the EXO-O1 exoskeleton received an innovation gold medal in Sweden. 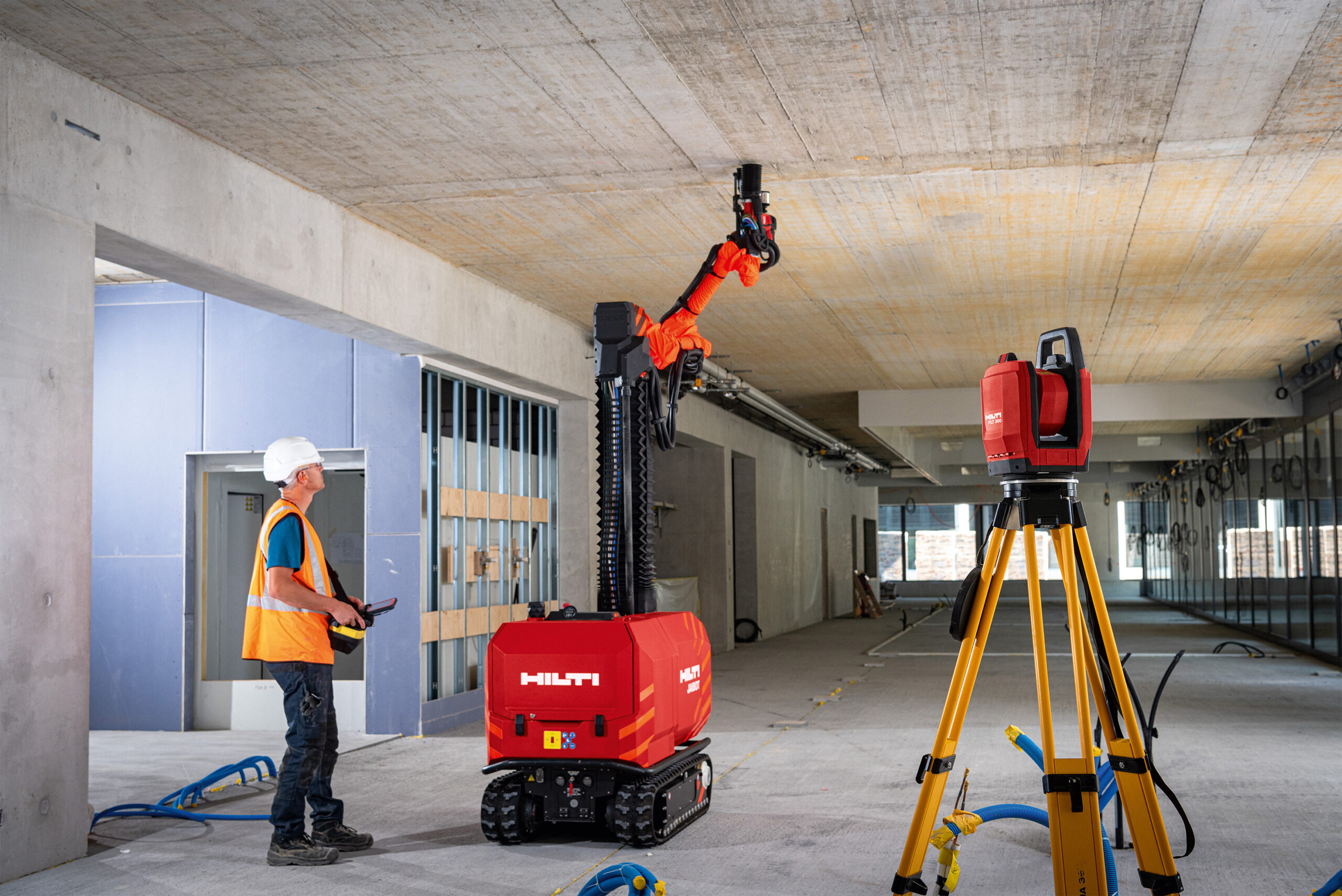 The Jaibot received the highest award in the product design category, “Red Dot: Best of the Best”, and was certified by the international jury as having a groundbreaking design. An additional Red Dot award went to the construction site robot in the “Smart Products” category, which evaluates networked and digital products with a focus on their intelligent features. The design experts on the iF competition jury also liked this innovation and presented an award to the Jaibot. The semi-autonomous, mobile construction site robot is designed to drill in ceilings and perform work based on Building Information Modeling (BIM) data.

The juries of both product design competitions asses the entries primarily on design, ergonomics, degree of innovation, product quality and functionality. This year, the iF and Red Dot competitions also awarded seals of quality to a number of other Hilti innovations: the PMD 200 jobsite layout tool, which features intuitive operation that makes it easier, and faster, to determine and lay out fastening positions; the compact SF 4-A22 cordless drill driver, which is particularly suitable for working in hard-to-reach places. Also honored in both competitions were the TE 500-AVR breaker and the TE 70-ATC/AVR hammer drill, which both have powerful performance designed for heavy-duty work. An iF jury award also went to the VC 20M-X and VC 40M-X group of universal vacuum cleaners, which not only handle dust extraction but also the removal of drilling slurry. 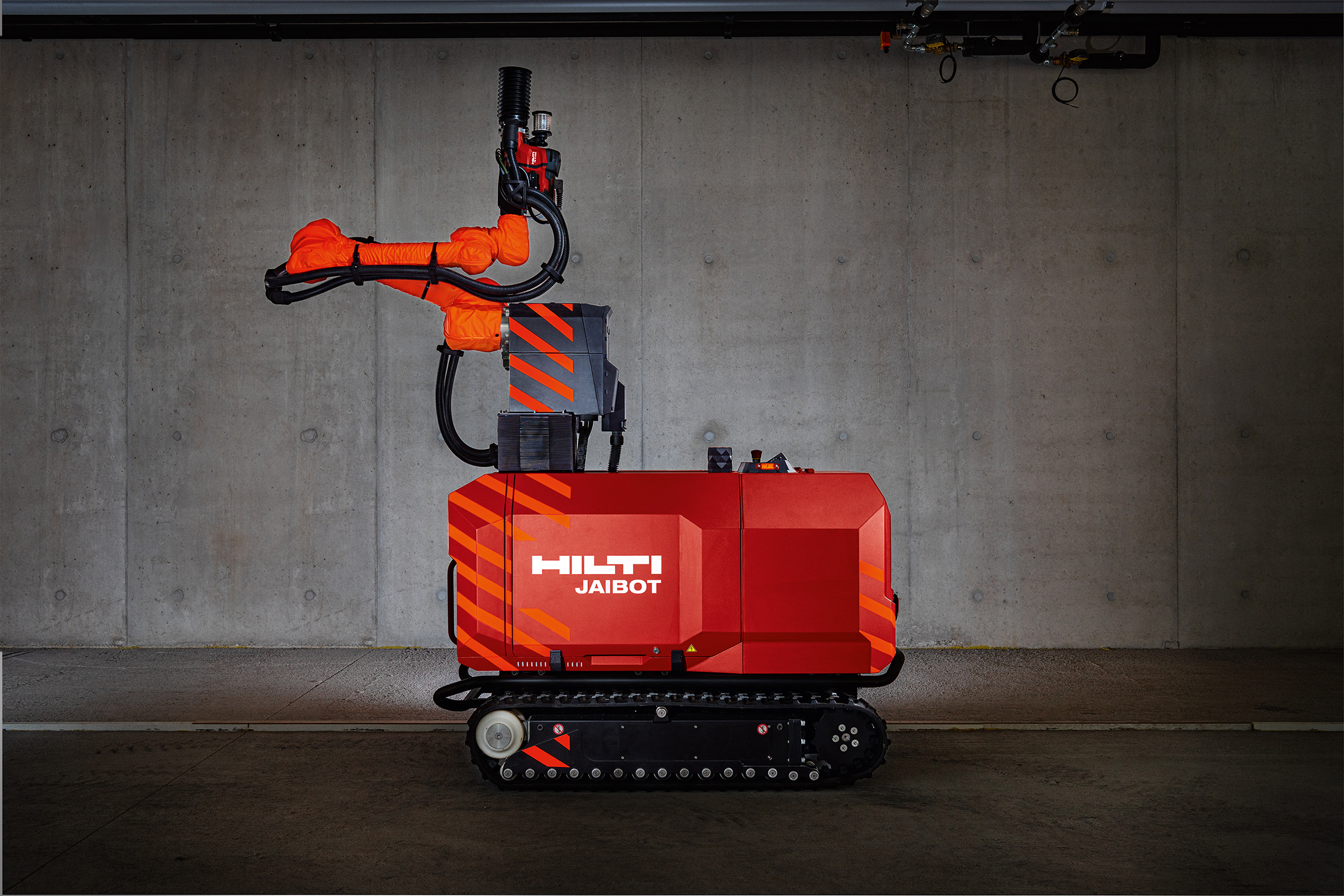 Additionally, Hilti received a “BIM Champion Award 2021” in the buildingSMART competition, which is sponsored by three German federal ministries. As part of an award-winning construction project, the Jaibot was able to demonstrate that the drilling robot’s digital planning and automated execution of the working steps can significantly increase efficiency while cutting the time required for the work in half. Another prestigious award was won by the human augmentation system EXO-O1: At the largest construction trade fair in Northern Europe, the Swedish Nordbygg, the exoskeleton was awarded the gold medal as the most innovative product launch. The jury particularly acknowledged the role of EXO-O1 in improving health protection and safety on construction sites. The passive exoskeleton significantly reduces symptoms of fatigue in serial or continuous activities performed above shoulder level and in overhead work.

Hilti among the top 100 patent applicants in Europe

The product design awards are not the only sign of Hilti’s innovative strength. The company once again ranks among the top 100 patent applicants in the current list of the European Patent Office. In 2020, Hilti filed 287 patent applications, once again ranking among the top technology companies. This is a further testimonial to the company’s innovative capacity and competence. Last year, the Hilti Group launched 74 new products and services and continued to invest in strategic initiatives despite the COVID-19 pandemic and the resulting decline in sales. Research and development spending reached CHF 358 million in 2020, representing 6.7 percent of sales.