Palfinger Minimizes the Carbon Footprint with E-Mobility in Cranes

Deutz To Present Conventional and Alternative Engines during Deutz Days

DEUTZ has agreed to enter into a strategic alliance with Blue World Technologies. Blue World, which is based in Aalborg, Denmark, develops, manufactures, and sells fuel cell stacks, reformers and systems. The collaboration is centered around an exclusive agreement for the distribution and service of stationary fuel cell gensets and sees DEUTZ take a 10 percent stake in Blue World after the due diligence process is finalized. This is expected for Q4 2021. 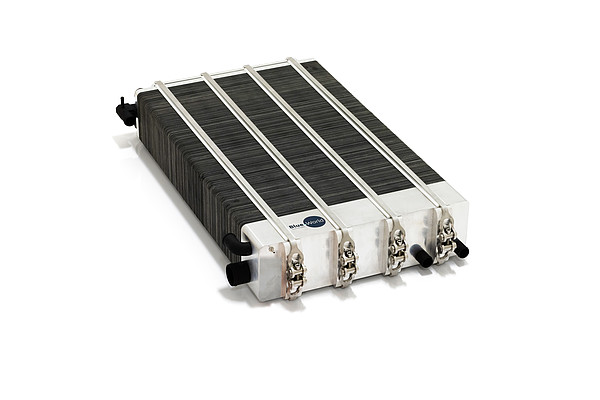 Blue World employs methanol as an energy source, from which it first generates hydrogen and then, in a second step, generates electrical energy in the fuel cell. Blue World is already developing stationary fuel cell powered gensets today. In the future DEUTZ expects that the fuel cell technology shall be used for mobile applications in the off-highway segment, too.

“By partnering with Blue World Technologies, DEUTZ is expanding its activities in the development of climate-neutral drive systems,”

The two companies are initially signing a distribution agreement that will allow DEUTZ to sell the Blue World stationary fuel cell genset exclusively.

“In the business with gensets, we see an exceptionally attractive market that we are looking to tap into together with Blue World. Genset users are now expecting zero-emission, climate-neutral technology for their applications too. Fuel cells that run on ‘green’ methanol provide an ideal solution here. DEUTZ is thus making further headway with new technologies that will move it beyond the conventional engine to offer climate-neutral solutions even for the off-highway segment and stationary applications.”

DEUTZ only very recently presented the TCG 7.8 H2 hydrogen engine, with which the Company is adding to its portfolio of low-emission and zero-emission drive systems. The engine meets the carbon criteria set by the EU for zero emissions.

“We are very excited about this partnership with DEUTZ. It means we will be able to work with one of the world’s leading developers and manufacturers of engines on the joint development and distribution of our fuel cell technology. DEUTZ’s investment is also giving us a boost ahead of our planned public listing, and our partnership with DEUTZ will be a major contribution towards meeting our mutual goals,”

“Furthermore, we are happy to announce that Vaekstfonden, the Danish Growth Fund, also expects to take a significant stake in Blue World Technologies. We have a strong relationship with Vaekstfonden and with these two strategic partners on board, we can speed up the process of building one of the largest fuel cell factories in Europe to meet customer demand.”