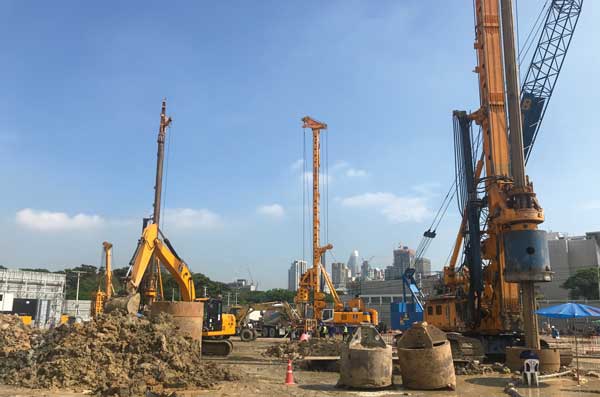 Bangkok, Thailand – At the hub of the fast growing Southeast Asian region, the Thai capital Bangkok is the second most visited city in the world, with around 23.3 million visitors in 2017. As the political, economic and cultural center of Thailand, the bustling metropolis is set to welcome “One Bangkok”, a new fully integrated district located opposite Lumphini Park in the heart of the city.

The 16.7 hectares development “city-within-a-city” will comprise five grade A office towers, five luxury hotels, three residential complexes, multiple retail zones, with space for arts and culture. With a total gross floor area of 1.83 million m², One Bangkok is the largest private sector property development initiative ever undertaken in Thailand, and will set new benchmarks in design, quality and sustainability. Featuring unsurpassed accessibility and smart city innovation, the people-centric development also provides 8 hectares of public space including a 10,000 m² landscaped civic plaza, and will form a new urban center for the city of more than 10 million inhabitants when completed in 2025. 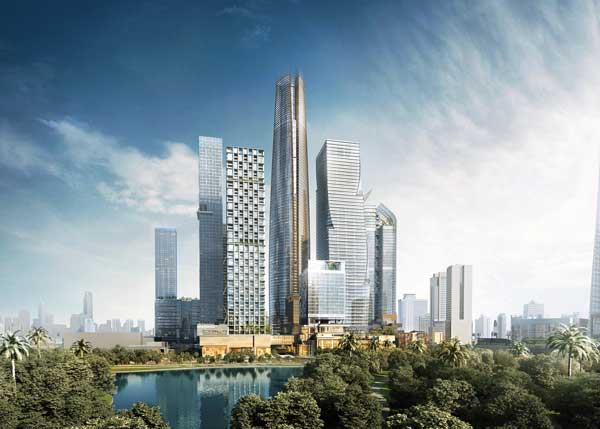 Thai BAUER Co. Ltd, the local subsidiary of BAUER Spezialtiefbau GmbH, was commissioned as part of the large-scale project by developers Frasers Property and TCC Assets for the foundation works for the buildings and execution of the diaphragm wall. In total around 700 bored piles with diameters of 1,500 and 1,800 mm down to a depth of 80 m are to be installed, along with a diaphragm wall with a total length of 466 m and a depth of 35 m. For this work, BAUER BG 45, BG 40, BG 28 and GB 60 grabs are being used. Besides the permanent foundation works, Thai Bauer was also commissioned with the preliminary pile load tests. These tests served to inspect the planned foundation for its load-bearing capacity and enabled the optimization of the design by the client.

Furthermore, the project works will be performed according to LEED platinum level (Leadership in Energy and Environmental Design), which stipulates particularly strict rules and extremely high standards when it comes to environmental aspects. The specialist foundation engineering works began in March 2018 and are expected to be completed by April 2019. One Bangkok will be completed in a series of phases, from 2022 until 2025.
source: http://www.bauer.de/bauer_group/bauer-news/Thai-Bauer-mit-Grossprojekt-One-Bangkok-beauftragt/